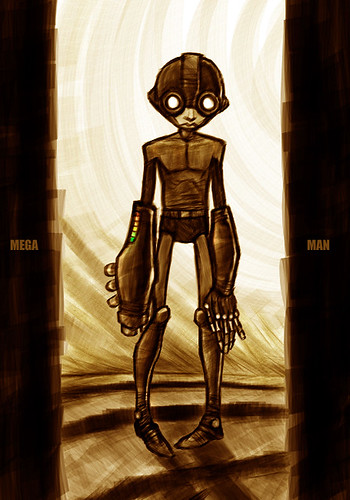 There's no negotiation in videogames. No preventive measures. No detente. No way to avoid the coming war. A war that you, and you alone, must fight, so that the world may know peace once more. It may be pointless. It may have been avoidable. Perhaps both, perhaps neither. Whatever. The time to question why is long gone. It's up to you now, and you alone, to do what must be done.

However noble your goal may be -- justice, peace, redemption -- you may exact it only by the blood on your soles, the ichor on your blade, the oil on your hands. With all the subtlety of a locomotive, you must power through the most fortified parts of the enemy's settlements, taking every life that stands before you as you cut a swath of destruction all the way to the villain's door. Whether it's an ancient demon, a beastly rival, or your own brother, your only choice is to fight. To win. To kill.

In the name of peace, you have amassed a body count of hundreds. In order to spare lives, you have taken many of your own. Should you win the day at last, you will do so not having vanquished evil, but having become it. When at last you face the Koopa king, your overalls coated in the innards of his followers, your hand glowing with the funeral pyre of his generals, a telltale fleck of crushed turtle shell hanging off of the edge of your mustache, he will not stare back at a hero, just a psychopathic killer.

That's right, champion. Did you take one moment to think about all those robots you shot, all those Moblins you stabbed, all those Koopas you stomped? They were followers, warriors, your equal not in power nor skill, but in dedication. They were no less devoted to their cause than you are to yours- yet they met their end by your righteous hand.

Of course, you're not a complete monster. It's not your fault things got to this point, with war being the only answer. If the people in charge had not been so vain, so lazy, so apathetic, there may have been a peaceful resolution, a way to ward off the catastrophe before it ever started. The people in charge simply called you in to clean up their mess.

The sacrifice, however, is yours to be made. You kill so that others may live. So that good may triumph, you must become a cold-blooded murderer. A walking disaster. A humanoid typhoon. When you stare into Dr. Wily's eyes, he stares back at the slayer of his children. The subjugator of his adopted race. The cold, robotic eyes of evil itself.

You want to be a hero? Go play guitar. When you fight evil in the digital realm, you invariably become it. As long as we're still stomping, shooting, and slashing our way to victory, evil will remain a standard feature in the games we play.

It's a dirty job, and someone's got to do it.


"Now it's done, we're divided, call him home, this one's misguided,
(I see his hands covered in my children's blood, and his eyes do not waver.)
From me run, the future needs us, your answer's death, you end us, bleed us!
(And how quick you had him dispatch his brothers! You call this murderer a savior?!)"