11:49 AM on 10.02.2009 (server time)    0
I am a big fan of Capcom. Some of my favorite characters, series, and games have come out of their work. I have always liked what they have done and I have always appreciated all the stuff they have done for their fans. Hell, this year has been one surprise after another what with MVC2, Tatsunoko Vs. Capcom coming to America with extra characters and the announcement of Super Street Fighter 4 makes this a good year to be a fan of Capcoms games but there is one thing that has bothered me about this year. 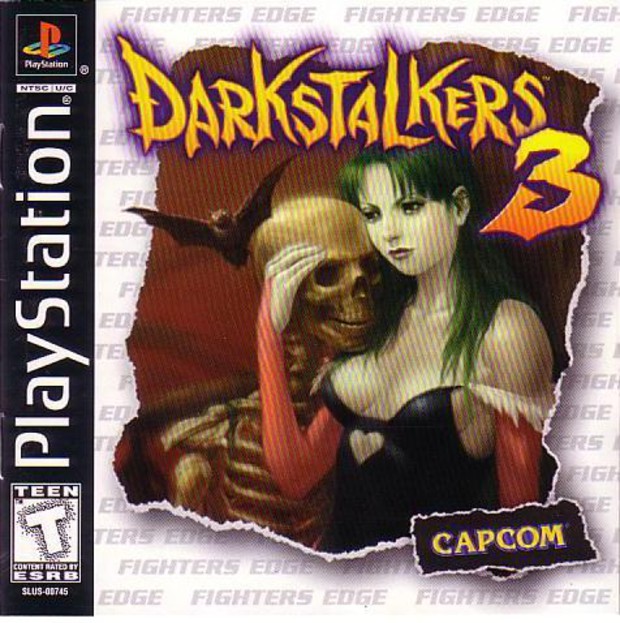 a rerelease of this on XBLA would be so awesome

I've always wanted another Darkstalker's game but I never felt Capcom would dig it out and do something with it. I figured however that after Street Fighter got a revival and all the other stuff that they did in the fighting genre this year that if they ever were going to announce making this game it would have been this year's TGS, but instead they announce Super Street Fighter 4. Don't get me wrong, I am really excited for SSF4 and I can't wait until they announce the new characters, but I can't help but feel dissapointed that they didn't do something else.

Of course, the year isn't over yet and I can still hold out hope that they will announce something around Halloween but it just seems unlikely. I guess just more then anything I just wish that Capcom would do something to celebrate the release of one of my favorite series. So far the only thing that has been done was Udon releasing the Darkstalkers Tribute book. Some may argue that that is Capcom's contribution but last I checked Udon wasn't Capcom and them giving Udon permission to do something they wanted to do isn't much of a celebration. I just wish Capcom would do something and I thought the best way to have celebrated its anniversary was announcing something to bring people to the series and all I have to say is that it is a shame that Capcom hasn't done something for Darkstalkers.

/rant
#Community
Login to vote this up!