PSPGo from the view of a PSP virgin. 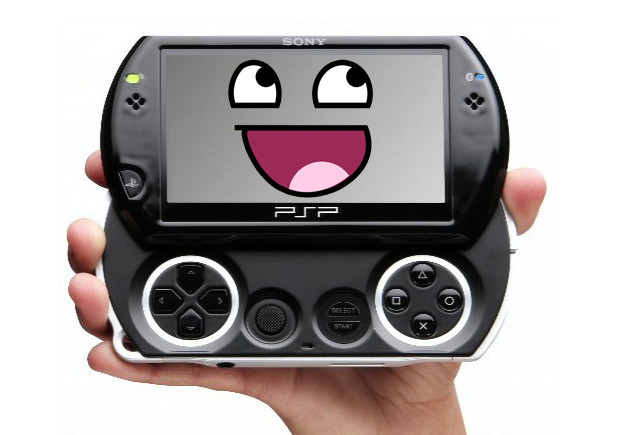 I've never owned a PSP. And though the DS has been giving it a consistent pounding for... well forever, the amount of high quality games within the library as well as future releases like Persona 3 Portable, and the new Harvest Moon have gotten me to take the plunge and buy a PSP.

I obviously went for the Go, because I just didn't want to deal with switching UMDs and carrying them around, I wanted something that was actually portable, and I had saved up the cash for it. And I have to say, so far I'm pretty pleased with the thing.

The system itself is a looooooot smaller than I thought. I knew it was going to be small, but no where near as small as it is. It's not much larger than m Blackberry and I have to say I kind of like that. Though, for someone with big hands like myself I can see the system causing some aches and pains here and there, but I've come to accept that being that it happens with my DS as well. I was worried with the slide top that it would be cheap feeling and kind of sketchy, but its actually pretty damn sturdy which is another plus.

Now being that I never did own a PSP thus had no old UMDs, I have to say I fucking love the fact that I don't have to buy physical games with this. Sure it takes away from my ability to trade in games for some spare credit, but I never really traded in handheld games to begin with. So, thats another plus for me... but there is an issue

The games. I'll give credit where its due, sony did launch a bunch of games with the system, but hardly any top tier games outside their first party games. Sure games like Monster Hunter Freedom Unite were launched on PSN today, but for every good game thats on the PSN right now, there's a whole bunch of shitty ones as well. 300 the game? WOOOOOOO That's what I want to buy for my new system.

If Sony wants to make the PSP Go a success they need to consistently put out more games onto the PSN. Keep on pushing out the old PSP games onto the service with the PSN weekly updates. I'm not talking three here two there, a good sizable amount needs to launch every week. I don't care about the licensing, sony needs to put forth the effort and get that shit done. As well as that every new game that launches with the PSP needs to hit the PSN too, that seems like common sense, but I can see stupid shit happening and that not going down.

Overall I'm happy with the Go. I'm just sitting here with MHFU, Fate/Stay Night, and some PS1 games. I'm just waiting for more games to hit the service!
#Community    #PSP
Login to vote this up!