11:10 AM on 09.28.2009 (server time)    0
As posted in the title, this is not video game related, but I know there are a fair amount of horror fans here on Dtoid, and I had to see what you guys thought of the trailer for the Nightmare on Elm Street remake trailer that was just officially released. Here's the trailer for anyone who hasn't seen it.

Now, before I say what I thought, here's a little background on my Freddy fandom. I saw the first movie on cable when I was like 6 or 7 due to a lazy babysitter falling asleep and leaving me unsupervised. Needless to say, it scared the shit out of me, but I always loved the movies anyway. To me, Freddy is the most iconic horror character of all-time, but I recognize that I'm very biased on that matter, as well. Even though really only half of the movies (by my count, the original, the 3rd, New Nightmare and Freddy vs. Jason) are any good, I still enjoy all of them for different reasons, even the corny ones.

Having said that, I was not opposed whatsoever towards having a remake done of the movie. I firmly believe that a remake can't harm the integrity of the original, and is actually less harmful to the original than a bunch of crappy sequels are. A lot of people say, "it's all about the money, blah blah blah", but when is making a movie NOT about the money? I'm talking about from the studio's perspective. To the talent involved, from the director to the actors to the crew, whether it is a remake or not, it is still an exercise in trying to make the best film that can possibly be made. When did we start giving a shit about the motives of producers and executives? It's just like with video games. I don't care if Kotick or whoever else is a big asshole, because I know there are hardworking programmers, designers and developers who are trying to make a game worth playing. If you go to the top of any company, you will always find money-grubbing, greedy bastards.

But I digress. My original thoughts on Jackie Earle Haley playing Freddy were positive ones, and once I finally saw Watchmen, I was actually really excited for him to be playing the horror icon. However, after this trailer...I'm not so excited. First of all, let's talk about the makeup. More realistic in its depiction of what a burn victim would look like? Yes. The problem is, real burn victims aren't scary! I don't want to have a joke-telling Freddy, but that doesn't mean a sinister grin isn't welcome now and then. After all, Freddy is a sadistic bastard who enjoys what he does. How would he make any facial expression whatsoever with that makeup? I'm just not a fan of it.

Also...the voice. I thought Haley's voice in Watchmen was already close to ideal for Freddy, and the voice he used in the trailer was just...no. And what's with the lisp? The last, minor problem for me is just a matter of Haley's height. This may seem like nit-picking, but any Freddy connoisseur knows that Freddy has about fifteen shots of his silhouette in every one of his films. It builds suspense and adds a little creepiness. With Haley, it just doesn't work. He's just way too short. I would have preferred a stand-in for the silhouette shots, since you're not seeing the makeup or anything anyway at that point. I know Robert Englund was also not very tall, but still.

I'm still going to go see this for sure. I'm willing to give it a shot. However, I think I'm definitely an easy mark for this one, and I still managed to walk away from the trailer disappointed. If you're going to rehash the original movie so much (right down to individual kill scenes and dialogue being repeated), why change Freddy's makeup so drastically or give him a fruity voice? I will say that the opening parts with the origin of Freddy were pretty bad-ass though. And as to the kids he's terrorizing...meh, just more crappy young actors that look like they belong in a Dawson's Creek re-run.

Oh, to make this post a little bit game related: 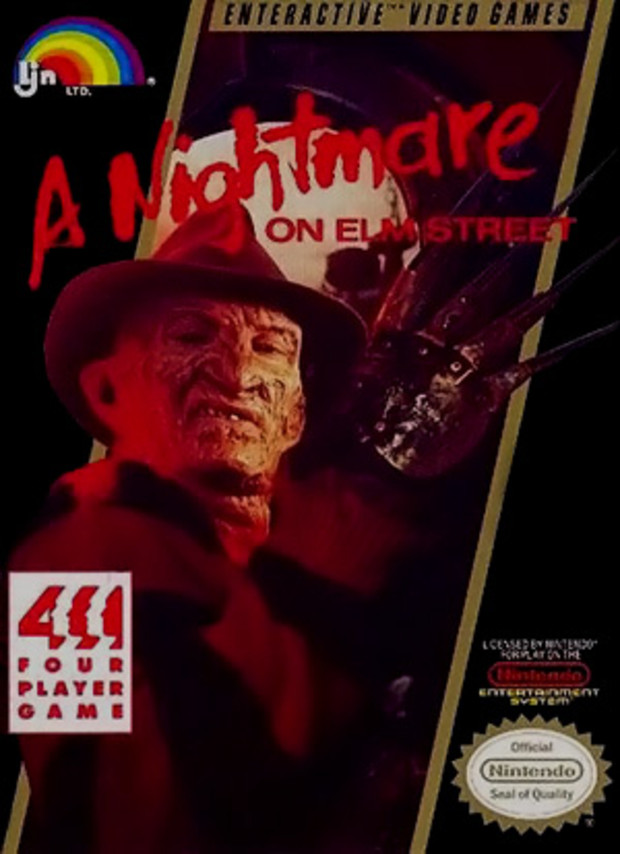 What a brutal game that was.
#Community    #NOTvideogamesrelated
Login to vote this up!