The Forgotten: The other SMT game 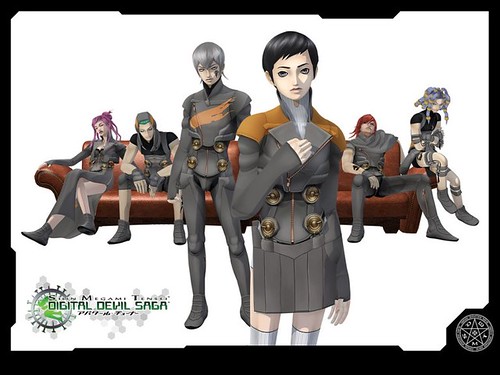 Most everyone around here knows about Persona 3/FES/4 and Shin Megami Tensei: Nocturne is a hardcore RPG lover�s dream, but there is another Atlus RPG that tends to get lost in flood of praise for those games. Digital Devil Saga (DDS) is a great side story/alternate universe in the SMT lineup and is something that any Atlus fan should experience. I ask you to name a better post-apocalyptic, cannibalistic RPG.

Welcome to the Junkyard

The world of DDS is bleak and grim. 6 tribes are locked in an unending struggle to gain control of the area and earn passage to Nirvana. There is no emotion. There are no signs of new life. The game begins with the main character�s tribe, the Embryon, waging war against there closest competitors, the Vangaurd. A mysterious pod appears close to the borders of both tribes� territory. Orders are given by a mysterious voice to destroy the object. During the fray, the pod opens and strange marks appear on everyone around it and suddenly all hell breaks loose (in a literal sense). People begin taking on demonic forms and immediately start devouring each other in a fury of blood lust and hunger. The main character eventually blacks out and dreams of a world unlike the Junkyard. When he and the rest of his tribe awaken, the pod is gone and a naked girl is discovered alone in a crater. The Embryon take the girl and return to their base.

After the incident, people are suddenly feeling emotions � establishing unique personalities. Your characters travel to the Vanguard headquarters in hopes of finding out more about what actually happened, but they find the Vanguard�s leader, Harley, cowering in fear over these new demonic tendencies. The Embryon eventually defeat Harley and take over his tribes� land. Upon returning to the Embryon HQ, members of their own tribe are turning on each other. Suddenly, the mysterious girl, Sera, begins to sing and all the demons revert to their human forms. Just who is this girl and what is her purpose in this world?

The Karma Temple, the overarching power in this world that establishes the rules and tries to keep order, calls each leader of the tribes to a neutral location to discuss the incident. However, during the meeting a new being calling itself �Angel� orders everyone to embrace their new powers, defeat and consume the other tribes and earn a place in Nirvana.

So begins the player�s journey to discover what drives this world and what role they and Sera play in it.

Gameplay: one part SMT + one part Final Fantasy?
The core gameplay is exactly like the other SMT games: Each side in an encounter has a certain number of �press turns� which allows actions to be gained or lost depending on both the player�s and the enemy�s strengths and weaknesses. For example, if an enemy is weak against ice, using an ice spell allows the player another action during their turn.

My major gripe with SMT: Nocturne was playing Sophie�s choice on any new ability I learned. As you progressed in that game, whenever you learn a new ability, you had to decide to keep it (and in most cases sacrifice another ability) or lose it forever. Is this new one worth it? Will I regret passing on it? Did I give up the wrong one? Very frustrating. DDS goes so far as to remove those choices altogether; once you learn an ability, you have it to use whenever you feel like it. This flexibility adds a nice layer of strategy as you continue to progress and encounter different types of enemies. This new system kind of resembles Final Fantasy�s job system/sphere grid/job board where you can build any character in any way of your choosing. This can make your party very generic and some might say it makes the game easier in a sense. Well, the game is still �Atlus hard� despite these new additions. Regular enemies can wipe your party if you aren�t careful.

The Overall Story
DDS doesn�t have the greatest story ever, but it is enjoyable. Many personal elements are touched on here � Honor (Lupa), Regret (Jinana), Anger/Rage (Varin). Memories and prior sins of your party are foreshadowed in the first game and fully explained in the series sequel. Many moral questions can be brought up about your characters during certain plot twists. The story does fall flat in some respects like a reverse-Tron situation with characters at the end of the first game and the final battle with the �Sun� in the sequel.

The game does have some lighthearted moments which was a nice contrast to the overall tone of the game. Cielo�s rant about Argilla in the ship was hilarious. Heat�s multiple attempts to eat the Solids leader made me smile.

If you haven�t played and can find a copy, by all means give it a try. It is a timesink, but what Atlus game isn�t? I doubt another iteration in this series will ever happen, but I can still hope. 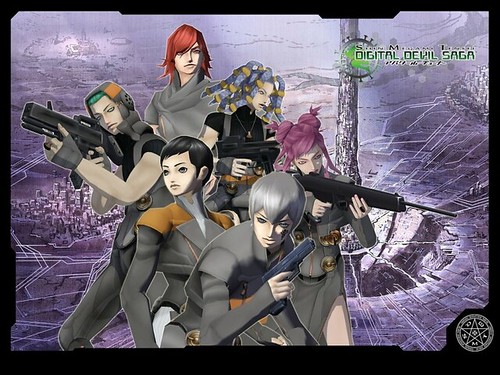 Isay Isay is a 40 year old gamer living in Columbus, OH. I cut my teeth on the early Sierra/Lucasarts adventure games and honed my skills on the Genesis. I'm a proud poppa of 2. You might already be aware of my style of PUN-ditry

On the Queue
Ugh Too many to list honestly

What's in a name?
So where does Isay Isay come from? Well to amuse myself, I name all my characters I say so whenever someone talks to them they sound like Foghorn Leghorn or what I thought English people sounded like when I was little. Needless to say, I'm easily amused.