Perhaps the best thing about this current generation is the price of previous generation games, so let me try to help you save some money.

The game employs some Interesting motion mechanics used for communicating with the enemy, but the sensitivity of the controller makes the simplest of navigation a matter of over and under compensating. The cumbersome controls aren't the only problem here though, the level design and general pacing/progression is poorly done, often leading to cheap death and countless resarts. The story might have been acceptable, if compared to the slosh of most other FPS stories, but it's poor presentation and atrocious voice acting screams budget/rush job. The whole sword fighting v gunplay gameplay is disappointingly divided, but when sword fighting actually does happen it can be rewarding but often time is frustrating; plagued by some poor input recognition and repetitive fights. The game runs off a modified version of the Unreal 2 engine and it does look generally good [with the exception of the animation], with some nice detail and lighting effects, however inconsistent they are. This game is essentially Sin & Punishment off rails from changing perspectives. The mesh of melee and SHMUP gameplay works perfectly and the marriage of the two is often satisfying, allowing for some really fluid combat. The upgrade system, while typical, offers just enough to reinforce the players confidence in taking on any of the various obstacles/enemies the game throws at them. The aforementioned variety is really the most attractive part of the game as players will go from beating on thugs to avoiding bullethell all in the span of 30 seconds. The game really is the perfect co-op experience and is even more satisfying when playing alongside a friend, a must own. 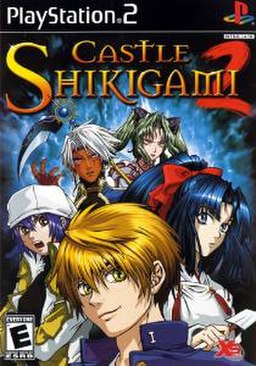 There is so much to say about this game, whether that's good or not is really subjective. I'd recommend this game just for the script alone, with characters regularly spouting some of the most inane dialogue I've ever come across, "I am the son of seven mothers", or "Slaves for fashion dislike bulges" for example. The gameplay is pretty standard SHMUP fare with some challenging bullet patterns to dodge, the real gimmick here though is that there are a wide variety of characters who all have different attack types including a standard and super shot. The amount of characters may appeal to some but upon playing you'll find that they are there purely for the sake of quantity as the gameplay is hardly balanced enough to accommodate all of them. Seriously, despite its mediocrity, the translation is worth the five bucks alone.

I originally thought this game was bad because it was too slow so I stopped playing it disappointed in Treasure. I put it back in a few months later and I think I was remembering the wrong game because it's not slow, still not great though. It doesn't do a whole lot new but having the options to equip your ship with new weapons makes the experience feel a little more personal. Besides saying, this is a SHMUP made by TREASURE there really is nothing else interesting about this game, other then that it is sub par. The graphics are nice enough but don't pay more than 5 dollars for this.

So in conclusion, you get what you pay for, more or less. The Red Star is possibly the saddest story of last generation as it truly is one of the best games to have come out and it saw absolutely no cash. Buy that one, avoid the others unless you need a cheap little time waster that is marginally entertaining.
#Community    #reviews
Login to vote this up!