My Top 10 Favorite Games (That Not Enough People Love)


So, Scary Womanizing Pig Mask made this really great thread, over here.

I thought about it a lot, and I'm really satisfied with the list I came up with, so I'm posting it here.
This is honestly more for my own archiving purposes than anything, but feel free to comment if you want. :D

If you don't get goosebumps watching that, there is something wrong with you.
My #10 spot was almost taken by The World Ends With You, but I decided to replay Fusion last night and realized just how incredible it was.

Hiding from SA-X (easily the most exhilarating moments in the game) is only the icing on the cake. Everything else about the game is so new, and done so well.
It was just enough of a departure from the series to feel new and exciting, but at the same time managed to keep the classic Metroid feel.

This is an example of what any sequel should be. 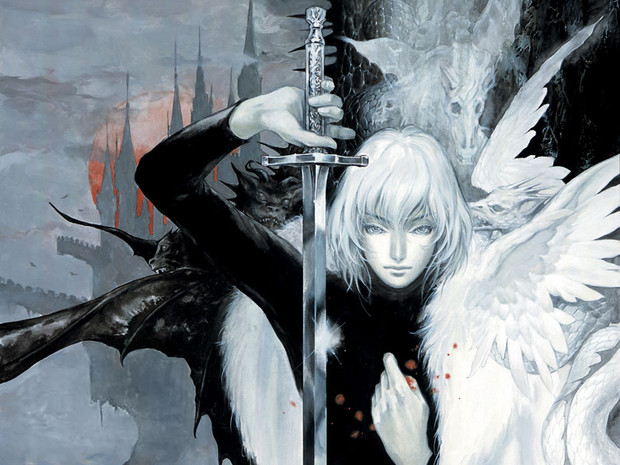 Aria of Sorrow is the only Castlevania game that I've beaten to 100%. Every item, every Soul, every corner of the map. And I enjoyed every moment of it.

Between the characters, music, and environments (not to mention all of the great new weapons that exist because the game takes place in modern day), this is easily the best game in the Castlevania series.

This is probably the only game that's on this list for gameplay alone.
I didn't care all that much for the story of Ninja Gaiden. But it didn't matter.

All of the gameplay, from exploring beautiful environments to the most fun combat I have ever experienced in a game, is absolutely incredible.

I mean, just watch the video.

Yeah, yeah, everyone else thinks MGS2 is the worst game in the series, blah blah blah.

When I first played this game, I was absolutely blown away when the scene in the video up there started happening.
I had no idea how to process it. I had never seen anything like it in a video game before.

It still holds a BIG place in my mind as one of the most disturbing (but simultaneously awesome) things I've ever experienced in a game.

I cannot believe this game completely slipped my mind when I first created this list. There is no way in hell I like .hack//INFECTION (cool as the story was to me) anywhere near as much as I love Mother 3.

It was the most touching, fun, and thought-provoking narrative I've ever seen on the GBA.


The scene with this song is enough to give this game a place on my Top 10 by itself.
People like to complain about the graphics in FFVIII, but when this game first came out, these graphics were incredible. It didn't seem possible that anyone could make a game so beautiful.

I first played it on the playable demo that was included with Brave Fencer Musashi (also a really great game), and I was blown away.
Needless to say, the full game did not disappoint me.

Also, say what you will, but Squall is easily one of my favorite characters from anything, ever. 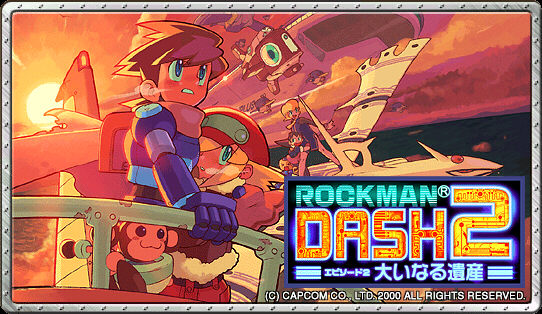 I honestly can't think of anything wrong with Megaman Legends 2.
As much as I love the classic Megaman gameplay, Legends 2 is easily my favorite game in the entire series.

There is hardly another game out there with such fun characters. The voice acting was incredible for the PS1 era, the music was epic, and the gameplay was fun.

Can't ask for much more than that.


I just looked that video up and watched it for the first time in years.

I'm crying a little bit now.
I think that speaks for itself.

(This image is fan art, but it is fucking beautiful. Here's the full size version.)

I first played The Longest Journey a very long time ago. I, of course, got stuck on a puzzle and never played it again.

Then, a sequel came out: Dreamfall. It looked great, so I decided to give it a try, even though I hadn't finished the first game (the main character was someone new, and the plot stood on its own).
It was decent. The gameplay was bad, but the story was VERY compelling, so I decided to try The Longest Journey.

I won't go further for sake of spoilers, but seeing the ending of The Longest Journey, after already having played Dreamfall, was probably the most emotional experience I've ever had with a game.

I don't think anyone saw this one coming.

Kingdom Hearts II, when it first came out in America, was a HUGE disappointment for me, to say the least.
Not because I didn't enjoy the story (oh god yes, I did), but because the game was too fucking easy. There wasn't a single thing in the game that was even remotely a challenge, and I remember thinking "I could probably beat this whole game at Level 1."

Then, Final Mix + came out, and it let me do just that.
Critical Mode, all of the new bosses, and the new areas are amazing additions on their own; but coupled with the ability to set your Level so low that the weakest enemies in the game kill you in one hit makes it my favorite game of all time.

What can I say, I'm a masochist at heart.