10 Things I learned this week: It's back Edition

Heya folks I'm back! You missed me? I was off in California for the past couple of weeks so I decided to take a little break from this, but that is over now and you get this again. I can sense how overjoyed you all are.

1. The Darkstalkers Tribute is the best waste of money I ever spent 80 bucks. My god it is horrible, I told myself I wouldn't buy this because 80 bucks for a book is crazy but I couldn't help myself. It is so damn sexy.

2. Udon are cheapass motherfuckers. The Darkstalker's book was one thing but the had a Darkstalker's poster for 40 fucking dollars. It would have been one thing if it was made from cloth or something nice but no, it was just the typical paper posters are printed on. My god, you are asking 40 bucks for a piece of paper.

4. The Failcast used the banner I made for them. Hurray! I would have made them a side bar as well if all my files didn't get corrupted.

5. I have injured eightbitmav's pride by beating him with Blackheart.

7. Capcom did a pretty good job of bringing MVC2 to the 360. I would have liked to have more customizeability as far as the controls go, and they have made some tiny changes that irritates me a bit but otherwise they did a good job. I especially like the removal of the shop which I hated in the original, with it being completely randomized and whatnot. I would prefer not to unlock 30+ characters thank you very much.

8. The podcastle is dead

9. Char is a really annoying opponent in MVC2

10. I like me some Justice League Unlimited
#Community
Login to vote this up! 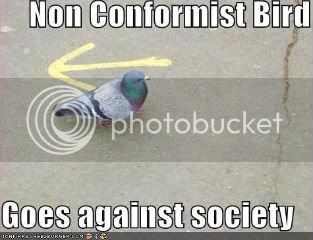