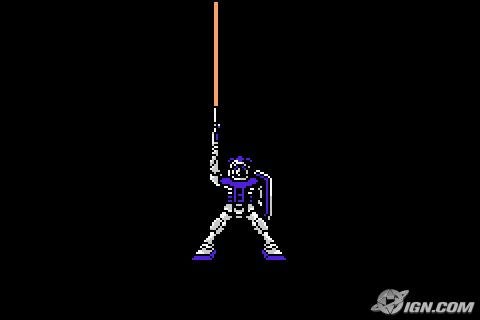 Do you like 8-bit style music? (You probably do, since you're on this site.)
Do you like anime and its music? (I know some of you must.)
Do you like mecha anime? (C'mon, everyone has seen Evangelion, and at least heard of Gundam)

Well, if you're still reading, look what I have here:

It's music (mostly opening and ending themes) from Gundam, Macross, VOTOMS and Gurren Lagann, all done as 8-bit chiptunes!

Available at AnimeRemix.org, it's called Operation British (a reference to Zeon's space colony drop on Earth in the original Mobile Suit Gundam series). As far as I can tell, it was a one-man project (by a certain Master Hatchet), and boy did he/she put a lot of effort into it.

Although chiptunes have been used in other genres like techno, they don't always try to emulate the classic NES sound. This album recreates the distinct musical qualities of the NES, while still accurately following the original anime songs. The artist even included a NES and a Sega Genesis version of the same track (Men of Destiny, from Gundam 0083), just to show how different the two systems' soundchips were. Even without looking at the title, I'm sure most retro gamers would instantly recognize that the one track has that unique, but not as memorable, "Genesis" sound to it.

Coming from someone who absolutely loves all things Gundam (if it wasn't obvious by my username and avatar) and a fair bit of interest in the other series included in this album, this was one of the most unexpected and amazing things I ever discovered online.

As for reviewing the album, I'd say most of the songs stand for themselves as high-quality chiptunes. All the Gundam tracks are from the Universal Century metaseries, so all you Gundam Wing and Seed fans will be disappointed. The VOTOMS tracks are a bit weak as well, since the classic opening theme isn't included.

You can download the full album directly here. Also, it's TOTALLY FREE!

I know that this came out last year, but before you say "old content is old", I searched through the blogs and the forums for this beforehand. Seeing that no one has posted this, I figured it was my duty is enlighten people about this retro-mazing combination of anime, music and gaming.

BONUS! Here are some other (non-UC) Gundam 8-bit remixes from Youtube. Not quite as good as Opertaion British, but still nice.