I, the Author: My Childhood in Eagleland

[The most obvious choice for a musing like this would clearly be some degree of non-linear game such as Fallout 3 or Oblivion or even Metal Gear Solid 3, but I've decided to give myself a little bit of a challenge.]

Earthbound. A linear JRPG. Not exactly what springs to mind when tasked with a musing about creating one's own story within a game. Yet with such a simple story, this game almost forces you to fill in the gaps.

For me, Earthbound is a game that forces the player to relate to the game world and the people inhabiting it by making it something we've all experienced: growing up. When discussing Earthbound, people will often bring up the "quirky dialogue" as one of the game's strong points, and indeed, it is. The dialogue only helps to re-enforce the game world, making the usually generic NPCs into seemingly real people. And it's because this game world feels so real and because it's something we've all experienced, it is open to our own impressions of our childhoods, that we project onto it. What I see here is not a physical "sand box environment", but a mental one, created by our own experiences and influences that we see reflected in the game. I'll shut up for a moment and give you an example.

I'd like to start with something I personally feel is one of the most moving parts of any game I've played: the treehouse.

Tucked away at the top of the Onett map, is a treehouse. It takes a little a bit of patience to enter it, as the entrance is blocked by trees, but I feel that it's worthwhile. In the treehouse are three kids who appear to be Ness' friends. To some gamers, the only point of interest may seem to be that you can get the Mr. Baseball hat for free here. But to me? I see my friends. When I was a kid I occasionally hung around with a group of about three other kids, we had various capers and adventures together around school, the neighborhood and the local park and remained friends, even after one of us moved to a different school.

When I went into the treehouse, this was not what I thought of, I just pulled that out as an example of sorts. But the fact remains that I felt I'd known these "kids" in this "treehouse" all my life. maybe it's the dialogue, maybe it's the place itself or maybe it's the sub-conscious memories of the group I used to hang out with, but this is the point in the game where I realised: "Wow, this game is actually making me feel like a kid again". And because I feel like I kid again, maybe I feel more attached to these NPCs, because I feel like they're my friends, and maybe I perceive them as having certain personalities, like the people I knew. In effect, I am creating these characters. You ever watch a John Hughes movie and think, hey I used to be like that/knew a guy like that? Same thing, but the kids are smaller.

But that's just me, and the thing is, there are so many different things like this throughout the game that will apply to different people, for example, the Onett arcade. I barely went to any arcades when I was a growing up, but maybe someone did, and maybe this someone felt like this arcade felt like the Arcade of their Youth? When the game world is made to imitate your childhood, the possibilities are almost endless. Onto my next point, which will hopefully make more sense.

If there's one thing I hate, it's when games have no interaction between characters.

Seriously. This is all she says until the end of the game.

This really annoyed me in Dragon Quest IV, terrific game that it was, especially seeing as how the party talk feature was removed from the English version of the recent DS remake. Earthbound is equally as guilty. Aside from the few lines they say before joining your party, (and at the end of the game) the four main characters of the game never say a word for the whole ride, but for some reason, I wasn't bothered by this. Maybe it was because their sprites looked so cute and whimsical, although I have another theory.

As I was chugging through the Scaraba desert, I noticed something while using Paula and Poo's PSI Freeze skills in tandem to take down enemies faster. Paula would take down enemies in one go, thanks to her more powerful PSI, while Poo would still take around two turns to beat a Great crested Booka. For some reason, I got the feeling that Paula and Poo were getting along. But why? They'd only said about four lines of text and those were directed at Ness, so where did this idea come from? Is it just my imagination leaking out my spinal cord? I think once again, I was subconsciously relating the silent protagonists to people I knew or used to know (although I have no idea who). And it appears I'm not the only one. I know someone who always thought Paula was "really mean" because they felt what little she had said sounded snarky and sarcastic, even Destructoid's own Ashley Davis felt she could relate to Ness through his absent father (much like how Shigesato Itoi, the series' creator, felt he could relate to John Lennon for the same reasons). The characters don't really have much character, so our (or at least my) imaginations do the rest.

My final point is about atmosphere. The game's simple and homely graphics may seem like a setback, but in fact, they are far from it. Earthbound's graphics are often criticized as being "infantile", "messy" and "kiddie", but what some people fail to realise is that this is all intentional, the game's concept art is made up of a few watercolour sketches and a bunch of clay models, it's supposed to look childish, kitschy and simple and to be honest, I far prefer it's modest looks to the likes of Chrono Trigger or Secret of Mana.

Now lets take a look at the atmosphere of Summers. Summers is a resort town, supposedly in the game's equivalent of the south of France, it has a beach, a hotel, a museum and a dock... and it's a tourist trap. That's right, the Hotel, the shops, everything is ridiculously overpriced. You'd be better off buying from the sailor who owns a tackle and bait shop down at the docks. And there's another thing that's authentic about summers. The map is seemingly divided in two, on the one side you have the redeveloped tourist resort town, while on the other you have the port town, Toto, with its villas, locals and stray cats all over the place, once again, something about the stairs or maybe the trees rendered in that simple style makes it so I can relate to a seaside resort I visited as a child.
And lest we not forget Summers' music! Earthbound's soundtrack is one of the most diverse I've ever seen in an RPG; even those who hate the game still seem to love the soundtrack. Each location seems to fit perfectly with it's music, from upbeat and cheery Onett to creepy Threed; and Summers is no exception, with it's laid back and sunny vibe, it just serves to make the player feel even more immersed in the game.

What it all comes down to is a game whose 15 year old graphics, outdated even for their time, still creates more of an atmosphere, more of an immersive game world and more believable characters than the full 3D HD offerings of the current generation.
But this article isn't about graphics. It's about how I crafted my own story within a game, and as I've said, the game doesn't let you do that in the literal sense, but it creates such a real world with a very loose narrative, that the story, the places, the characters and even the NPCs are subject to your personal interpretation. You form the world and the story based on what's familiar to you.

I'm going to leave you with something a friend of mine said a while ago. He started off by telling the old familiar story of how the game's creator, Shigesato Itoi, accidentally walked into a cinema, and witnessed what he believed was a rape scene. The experience scarred him as a child and served as the inspiration for the Giygas' (the final boss of Earthbound) dialogue. The thing about earthbound, he said, was that quite frankly, you could easily believe that the whole game is the result of five kids, their imaginations and a little too much sugar. What happened at the end? Did they too stumble into a cinema where something horrific was playing? Whatever. It's up to you.
#Community
Login to vote this up!

I'm a Londoner who enjoys the amusements of the video


I also watch a lot of, usually older, films. My favourites are those of Kurosawa, Leone, Kubrick and John Hughes.
I sometimes take pictures with the big old Nikon camera my dad gave me, but I don't consider myself a photographer, as my main interest lies in drawing. That said, I'm an avid fan of comics (both eastern and western; I'll read anything from Osamu Tezuka to Mike Allred) and am currently working on my own of the web-based variety.
And if I watch any anime at all it's usually from before 1990. I don't play many sports, but I do boxing every now and then. 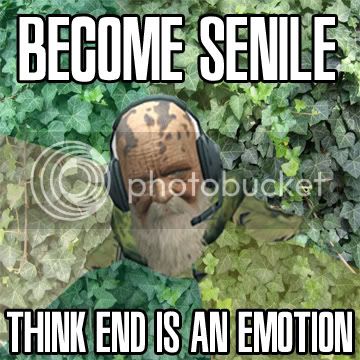