Art of the Game Box

My first games were Spectrum games, so the boxes were simply regular tape boxes with great covers, that most of the time didn't even had that much to do with the actual game. They featured great art that set the imagination on fire, which helped when the game's graphics were most of the time really simple.

Then, I got my first PC games, and they came on cardboard boxes, big ones that attracted the eye when one wandered through the shops. First the boxes contained floppies, and then these were replaced with cds. Besides this, the boxes contained manuals, sometimes large, sometimes small, sometimes maps, and sometimes other stuff, like quick reference cards and weirder things like Leisure Suit Larry 7's Smell-o-vision piece of paper that had 9 different smells, that you would smell as instructed during the game.

And then, sometime in 2000, 2001, or 2002, games started to come in DVD boxes. Manuals had to be shortened or neglected at all, maps became extremely scarce, and the box artwork was diminished, miniaturized. No longer could a publisher use the width or size of a larger box to call attention to itself. Every game now occupies the same space, and has only that cover artwork to sell itself.

Nowadays, game boxes are under the risk of disappearing, being replaced by Steam and Direct2Drive releases.

What follows is a sample of photos I took of my best looking game boxes, from my best games.
Click on any of them to go to the full set of photos.
Enjoy the ride. 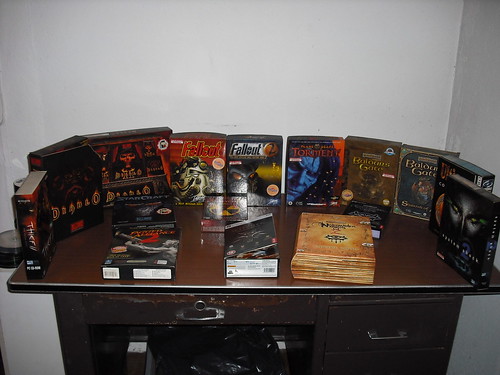 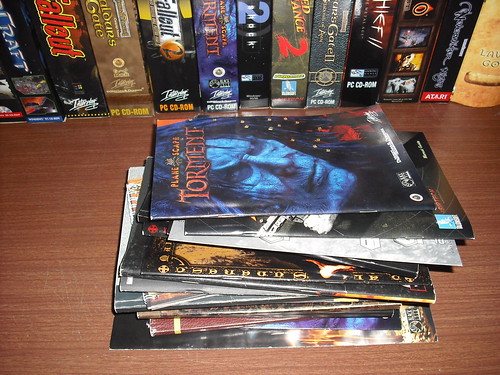 All of these games' manuals and maps stacked together. Nowadays this kind of stuff only comes in special editions. 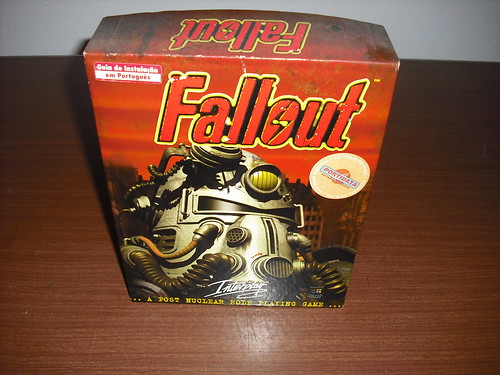 The game that started it all. 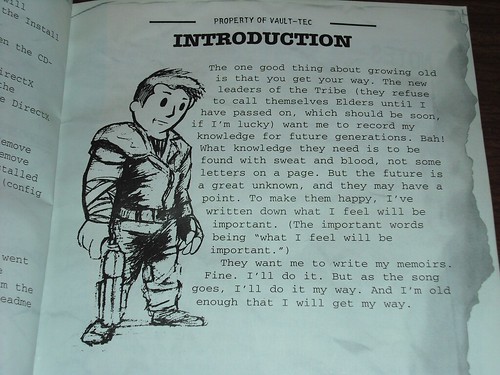 Fallout 2 Manual's Introduction, written by the Vault Dweller of the first game. 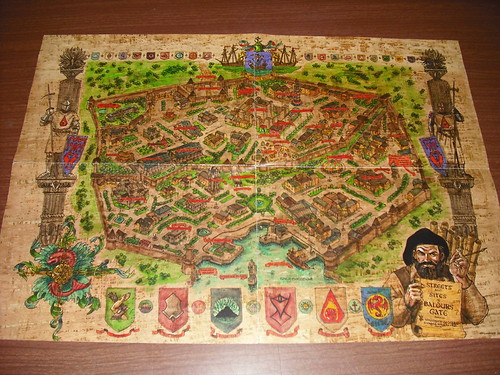 The map of Baldur's Gate. The ingame city is as big as depicted in here, with as many nooks and crannies. 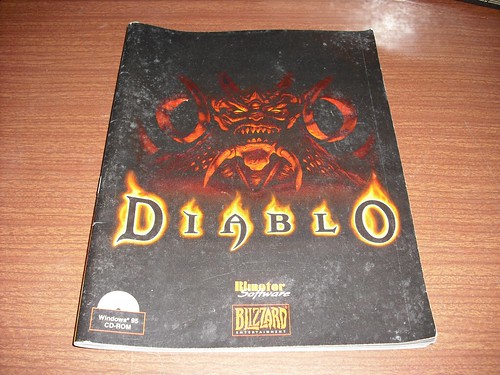 The manual of the game that kick started the PC Action RPG genre. 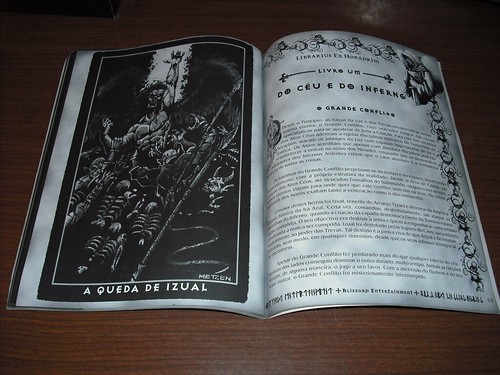 Diablo's manual, open. It's in Portuguese, and it makes it all the more mystical. Gorgeous artwork. 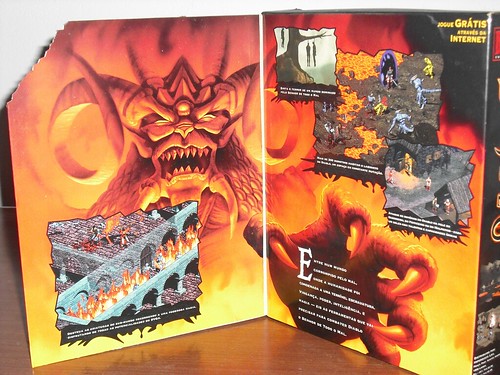 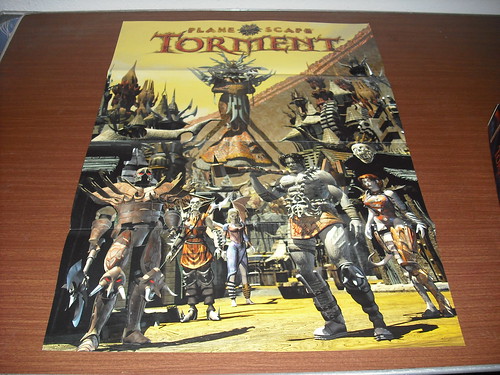 Planescape: Torment poster. The best written game on any platform. 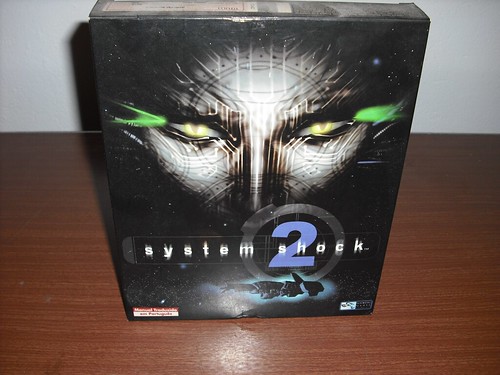 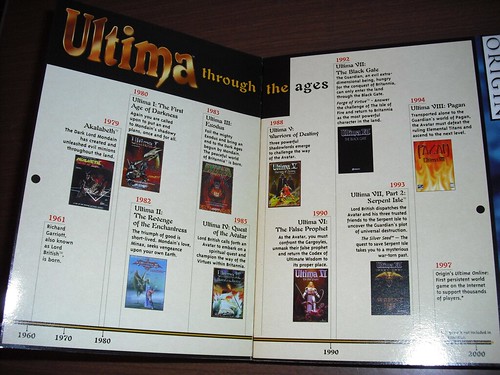 The evolution of the Ultima series, as depicted on the box's cover panel. Peculiar how Ultima VII is above all the others. 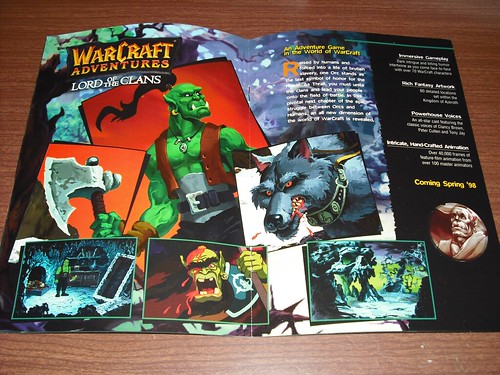 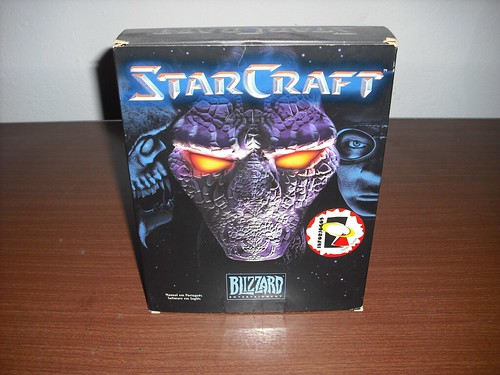 I heard this game is getting a sequel soon... 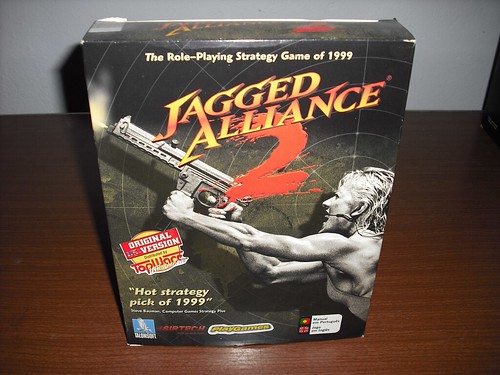 Jagged Alliance 2, one of the finest turn based experiences. 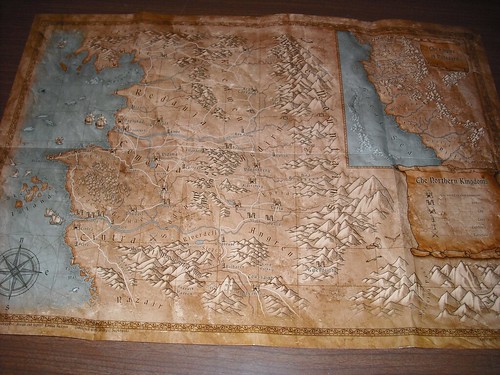 The map of the Northern Kingdoms, The Witcher's world. 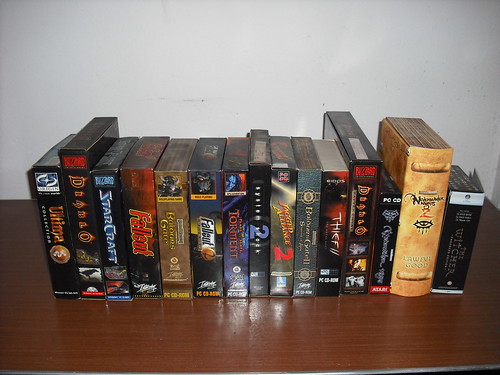 Here's the collection again, this time ordered by year of release.

There are many more photos of these and other game boxes from my collection on my flickr account, specifically on this set.

Here's hoping that collector's editions keep bringing back the big cardboard boxes, the manuals, the maps and the extra trinkets of old.
#Community    #PC
Login to vote this up!