Red Vs. Blu: Why Red are Truly the Evil Ones.

11:44 PM on 06.26.2009 (server time)    0
It has always been assumed the Red Team in TF2 are the good guys. They are favored by valve in the videos, marketing, and merchandise. Usually when a company chooses a team to favor it's always the good guys. Red must be good right? I don't think so, and I'm going to tell you why by comparing the habits and details of two fairly similar yet quite different teams.

A bomb. This may be the biggest give away of all that Red Team are in fact, the bad guys. Above is the Red Teams official logo it's full logo. However if you do a google search for the Logo, even though Red is a fictional team, they have somehow managed to conceal their full logo in favor of something slightly less sinister:

This is also an alternate logo of which Blu team posses. They are the supposed Builders League United, but of course I don't really buy that either. A cover up perhaps so no one knows they have to fight the Red terrorists?

A wrench. Doesn't that just put your mind at ease? Already, just by analyzing the logos I would think Blu team either has much more common sense, or are the better set of people. 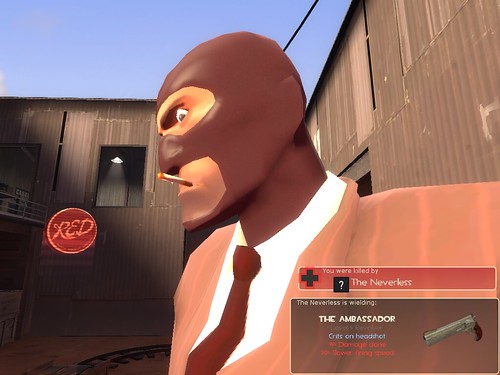 Red is always Defense. They are always trying to stop the Blu team from accomplishing their goal, from doing what needs to be done. At the end of Dustbowl they even have a missile that Blu must stop, probably saving thousands of lives from a nuclear explosion. Blu comes across as the obvious hero here. Going above and beyond to defend us from the evil Red Team.

On push maps, Blu must push a bomb to the end of s set map, blowing up part of red base, and, upon victory, them selves. What no one seems to noticed is that in this case, Red Team is now allowing Blu team to create a giant hole in the g round. This goes against their motto, and their job description. If they were truly excavationists, shouldn't Red HELP blue dig? Instead, Red team decided to try to slaughter Blu team for doing nothing more them making a crater. Sure it's a bit suicidal and elaborate, but essential Red are in fact, only blowing their cover. 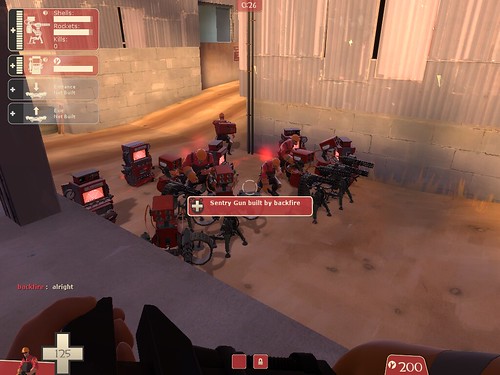 Building lots of sentry that will only not shoot at you if your wearing something red, and building them in great quantity. This is terrifying and I fear for our children who learn to build sentry's every day, because everyone knows only children play video games and can learn how to do things from them. As such I expect many children to go to school and build terrible sentry's because you can learn how to from this game. This makes Red and evil, evil company.
#Community
Login to vote this up!

" Everyone knows what's up with pickles by now. If they came out with some new badass pickle, what's old pickle gonna do ,taste better? Why should I still care about old pickle!? Because old pickle tastes good to someone else? Old pickles taste like shit."