7:29 PM on 06.25.2009 (server time)    0
So, as an underachieving blogger here at Dtoid, I�ve decided to find some of the barriers that keep me from blogging more often, and systematically eliminate them like some sort of genocidal dictator. Only, instead of leaving death and destruction in my wake, I will hopefully leave smiles and heaps upon heaps of comments from adoring readers. Or at least a half-dozen comments from really bored people who just feel bad that I�m not getting any comments. Whatever.

Most of the time, I don�t blog because when I do blog, I spend a couple of hours really thinking everything through, writing my post, etc. Sometimes, I just want to spew out some random thoughts like so much bile into the vomit receptacle that is the internet. In those cases, I�ll write an installment of �Games and Crap�. This way, I can write about a few different things, be more active in the Destructoid community, and maybe one day reach my ultimate goal of joining the ranks of Jim Sterling and Samit �the other guy here who likes sports games� Sarkar as an editor of this fine place. But enough about me�let�s get on to my biased opinions that I will oh-so-boldly state as fact:

inFAMOUS Doesn�t Suck, Other Than the Caps in the Title 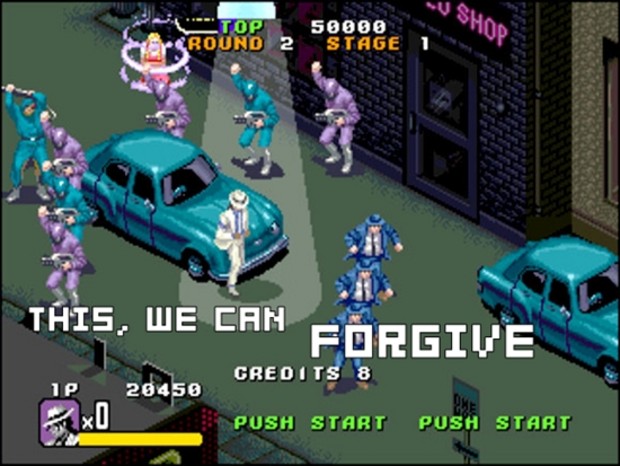 Thanks for �Thriller�. Well, thanks for pretty much everything previous to �Bad�. You guys can rant all you want about molestation allegations and a crazy white dude with a skinny Skeletor nose and pet giraffe. Black Michael Jackson was the man, and he was somewhere inside that husk that passed away today. I would ask for a seven-day amnesty and ceasefire from little boy molesting jokes, but I know that�s not realistic.
#Community
Login to vote this up!