10 Things I learned this week: Peter Wanat is a pretty cool guy Edition 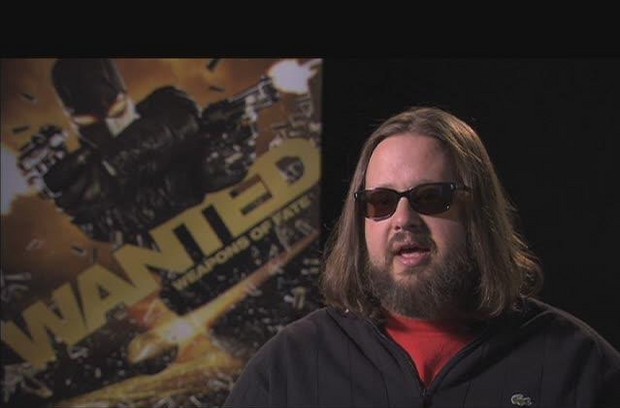 One problem with living where I do is that nothing ever exciting happens here in Connecticut. If I ever want to go do something exciting I have to drive an hour or two to New York. This is why I was surprised to learn that a school in Hartford was having a panel on videogames with Peter Wanat ( Producer of Chronicles of Riddick, The Thing and a personal favorite of mine, No one can stop Mr. Domino), Kellee Santiago (cofounder of thatgamecompany, creator of Flow and Flower), and N'gai Croal. Overall it was an interesting panel, but it would have been really really fucking dull if it wasn't for Wanat. After this I can tell you I have a great deal of respect for Wanat and a disdain for N'gai Croal, Mainly because he is one of those pretentious, overly serious, games-as-art people that annoy the piss out of me. For fucks sake you are talking about games, you don't have to be so goddamn serious! Peter Wanat on the other hand was the complete opposite, he was lighthearted and good humored and alot of what he said I agree with. Between him and Kellee Sullivan I think he was the most interesting and had the most to say which I find interesting because I imagined a person that makes more artsy games would have more to say on the future of games. That and I was able to talk to him and he's a really nice guy.

I really don't understand why I am even mentioning this. I guess it is just to gloat. You wish you can be as awesome as me bitches!

2. Apparently Microsoft fucked up. Again. Is it just me or have they been fucking up a lot lately? It seems that there are more and more cases where something about marketplace isn't working or some other issue. In the past I didn't really care because it never really bothered me but I wasn't able to download the Magic XBLA title which I have been waiting for for awhile because marketplace wasn't working properly this week. Get your act together damn it!

3. It has become very painful not having a job or alot of money this month. There are so many damn games coming out this week that I want but I can't get them because of a lack of funds. Goddamn it, I thought I had more time until ghostbusters came out!

4. Halfleft fails at being a grammar Nazi.

5. 1 vs. 100 is pretty cool. Even though it does a remarkable job of making you feel like a dumbass since the majority of the questions are extremely easy so when you slip up you feel really fucking stupid.

6. That I am now a badge whore in the forums.

7. The HAWP threads in the forums are really, REALLY disturbing.

8. HAWP is pretty silly. I have finally gotten around to watching them after all this time. I also learned Rev is his sister's bitch.

9. The Magic XBLA title feels a little underwhelming. Is it so much to ask to make your own deck instead of editing pre-existing ones? Goddam it, I was hoping to remake my elemental or my artifact deck.

10. People who wear scarfs when it isn't winter make me really angry for some reason.
#Community
Login to vote this up!