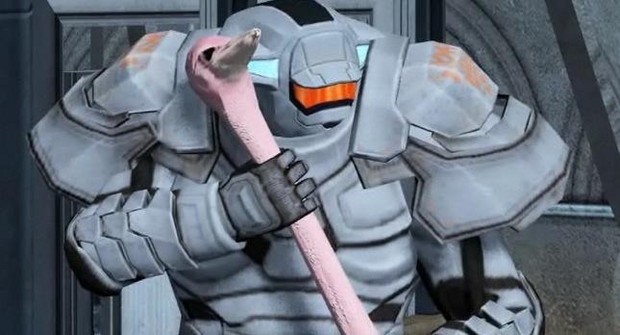 Hey folks, I'm back after a two week hiatus. I was busy the past few weeks and didn't have time to do this. Okay, I did, but I would prefer to spend my free time playing videogames instead of writing about them. And now that I have made it through a rough patch I now have the free time to work on projects for Destructoid that I didn't have time to do earlier. So, yeah......

Let's do this shit.

1. Kojima is a dirty rotten liar. The guy is working on another MGS game even though he said MGS4 was the last Metal Gear game he was working on. This wouldn't bother me if he didn't keep fucking saying over and over that he didn't want to work on Metal Gear and got my hopes up that he would be working on something different like, I don't know, another Z.O.E game. The whole thing just pisses me off, if you aren't going to keep your word don't keep saying bullshit.

2. Valve is whoring out Left 4 Dead. Seriously? Left 4 Dead 2? It hasn't even been a year since the last one came out and they are already working on the second one? This is the type of crap that I would expect from some other developer but Valve? This is just so out of place for them.

3. There is a Final Fantasy 14. I find this absolutely hilarious since 13 isn't even out yet.

4. Apparently I'm the only person that doesn't give a shit about Super Mario Galaxy 2. Don't get me wrong, Super Mario Galaxy was a good game but do we really need another one? I would prefer some sort of knowledge about the Kirby game that was rumored to be coming out for the Wii or the confirmation of another Pikmin game (although I guess it is not too late for this news). Meh, oh well.

6. They finally announced the release date to the Magic game on XBL. Took them long enough! Some of you are probably wondering why I care about that game, which means you have absolutely no idea how much I love Magic.

7. I am actually somewhat interested in Lost Planet 2 now. Which is saying something since I hated the first one.

8. Coonskin is whoring out IRC

9. Me and Quisling are going to have some fun at PAX.

Play me off, keyboard cat