Regarding E3: When Games Aren't Enough 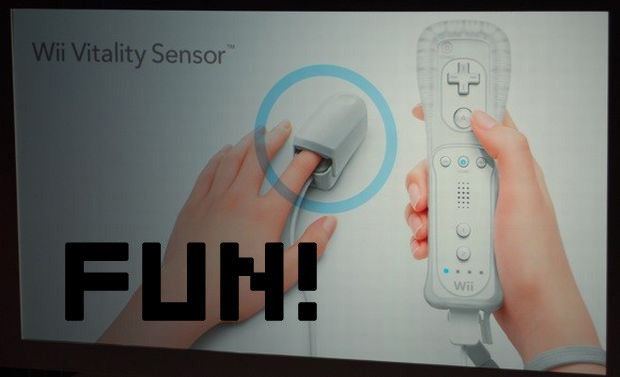 It's perhaps unsurprising, then, that we have begun to expect these types of announcements at each year's E3, as a sort of Pavlovian response. At this point, it would be more shocking if Microsoft didn't feature a British girl chatting up a creepy robot boy, or if Sony didn't announce yet another redesign of one of their systems. I'm still surprised that we aren't getting a SuperDuperElite Xbox 360, complete with limited addition Halo: Teabag graphics, to be honest. In other words, we can't blame it all on the companies themselves, because if Microsoft had unveiled Natal and Sony had just been like, "oh, here's some really cool games that are coming out", we'd be talking about how underwhelmed we were by their presentation, and wondering how they're going to counter Microsoft's new technology.

Still, at times it makes little sense to reveal some of these new items to this particular audience. Did anyone in attendance or watching via the internet really care about the Wii Vitality Censor? It's hard to think that the target audience for some of this stuff is the person sitting at home, watching the press conferences on G4. Most people who will be taking advantage of the new Wii Fit functionality probably don't even know what G4 is. Did any of us ever see the day when a company would even bother mentioning a Hannah Montana game during an E3 press conference?

For better or for worse, E3 isn't just about games anymore. In the big business of 21st century gaming, the games themselves are just one aspect of our favorite hobby, and the fascination with new gadgets, technology and Skynet-esque, I-Robot creepiness is now along for the ride. If you're lucky enough to be there in person, E3 is probably still seen as mostly a great chance to play and see the most anticipated games that the industry has to offer. For those of us stuck at home, living through the coverage of gaming blogs and the press conferences themselves, the focus has definitely shifted.
#Community    #OpinionEditorial
Login to vote this up!