Other Worlds Than These: The Witcher Universe 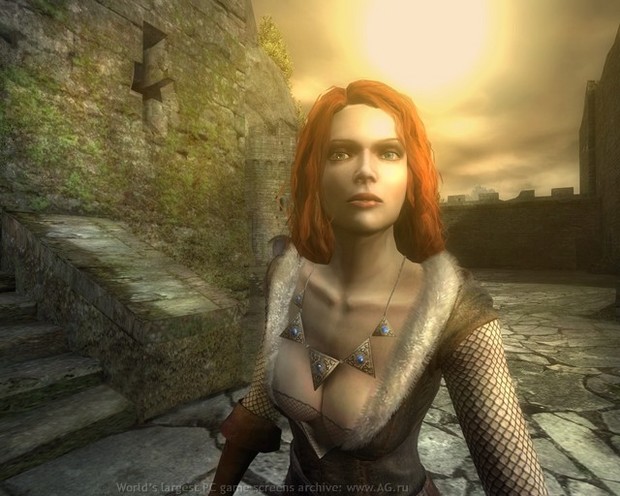 Yes, you can have sex.

Even sex is present in The Witcher as just another aspect of life in that world, not as the center of it, but as something that is there for you if you want it. Prostitutes are there for hire, and promiscuous girls may have a go with you if you have a nice present for her. Violence and sex on phrases like “my neighbored beat up his wife all night, I couldn’t sleep”, told in a normal fashion like a comment on a conversation. Or “…my husband beat me so hard last time I think I saw a tooth”, and the indifference towards the violence of this world makes you feel that even you are on a fantasy setting you wont escape the true colors of this world. They won’t try to give you the reality in a nice fashion, or put some make up over it.

And then there is the conflict between the different races. Ratial issues between humans and dwarves, or the war between elves and humans that seem to have come to an end but weakened the elves and diminish their numbers. Now they have to live like rogues and outcasts on the forest.
There are some examples of friendship between dwarves and humans, but there aren’t many; most of the time seems to be a mutual benefit relationship that is based on trade.

But the best part of The Witcher is that you character is not there to change things, to make things right or to deliver justice and balance. He is there because he is chasing those who killed a friend and trying to remember who he is, in the meantime enjoying the same vices like the sex, alcohol and gambling like everyone else. He is a passive spectator most of the time, and that for a change doesn’t work badly at all on a videogame: “here is the world, some things wont change because of you”.

Is a shame that not so many played The Witcher, maybe because it was quite buggy. The Witcher Enchanced Edition come a year later, a version that added a little bit of more content and fixed the very buggy first version of the game. I recommend it as a solid buy right now. I really don’t know what happened to the console version of the game, I hope it comes out somewhere in the near future.
#Community    #OpinionEditorial
Login to vote this up!