I have always been a little too ambitious for my own good. I say I will do things, that I earnestly mean at the time, that don't work out the way I want. Case in point, I was due to visit San Francisco on GDC weekend. I told everyone from San Fran that I was going to be there, told the LA people to come up to see me, and generally hyped myself up as the Second Coming of (Drunkard) Christ. Well, a week before GDC rolls around and I realize that I should probably book tickets. Except when I started shopping around, tickets were what you would call "not cheap". I was prepared to pay up to $400, but the cheapest I could find were $700, and I just couldn't justify seven hundred dollars for what amounted to 36 hours in SF.

Fast forward to about a month ago. School was close to letting out for summer, and I had that feeling inside me (no, not THAT feeling) that I needed to leave Texas, go out and do something big. My eyes were set to the West. At first I had decided, with two of my college buddies, that we would road trip West, stopping at Pheonix, then Vegas, then peak at LA, then back around to TX. Unfortunately, dreams are often dashed by financial situations, and both of the guys that were supposed to go with me bailed. Fine then, I thought, I will just fly to LA and hang out the weekend before E3. So, just like San Fran, I twittered about it, posted a cblog about it, talked it up in IRC, and just generally made a big deal about it. The problem is, I never bought a ticket. I couldn't decide the right dates to come and go, so I just never acted on it. In the last few days I just resigned myself to the fact that this would be another one of those times, where I let everyone down, talked shit I couldn't back up, and generally was a huge fuck up. Yesterday Dexter345 and HuskyHog GTalked me, with the intention of asking me about when I was getting in town and such. Like a huge fucking douchebag, I ignored them because I couldn't bring myself to admit that I was a big phoney who wasn't going anywhere near LA. Then, something happened last night. I fell asleep listening to the latest episode of RFGO! (Not because you guys are boring, it's on purpose), and I had a crazy fucking dream. It involved all kinds of people from my life, substance abuse, and physical violence, but the most important part of it was that in the dream, I decided that I was going to go to LA, that I would not let everyone down, and I looked up last minute prices and they really weren't that expensive.

So, I woke up at 11 and this is what I have been doing in the hour I've been awake. 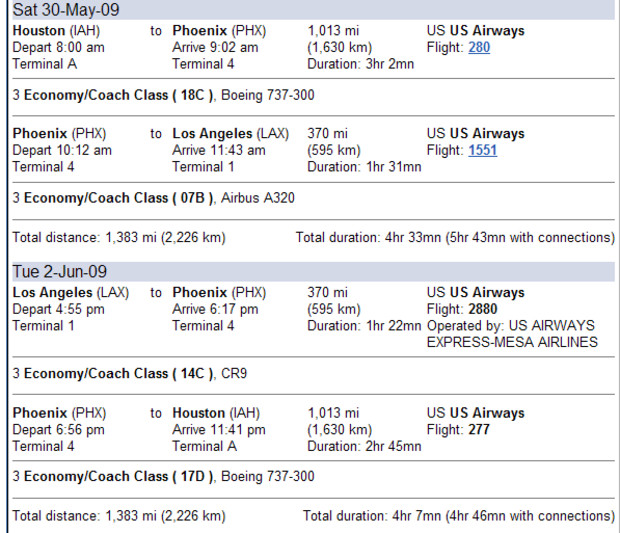 See you Saturday, fuckers. :)
#Community
Login to vote this up!