What I want out of Zelda Wii (tl;dr) Trolling aside, the absence of the forums has spurred me into writing a blog post about my ultimate wish-list for the next Wii Zelda (or a Zelda for Wii HD). While the chances of these desires coming to fruition are slim to none, it's nevertheless fun to dream.

First off, as teased in the header, I do think that Shiggy could do to stay away from the series, as apparently it was he who intervened with Twilight Princess and said it was too different a formula (leading to, what I suspect, was the sloppy and lazy inclusion of Princess Zelda and Ganondorf). Aonuma has proven he can take the helm of a Zelda project, and I'd like to see him be given free reigns to create the macabre Zelda he's obviously dying to make.

As for presentation, I'll be the first to admit that I loath the chibi Wind Waker style. Toon Link is just too generic-looking in my opinion, and looks like a long-lost Powerpuff Girl. I much prefer the Lord of the Rings-inspired Twilight Princess art style. The game may be aging already, but it put bloom to spectacular use at times (particularly in Lake Hylia and the fishing hole), and I thought for the time it was a gorgeous game.

However, what I really want to see is a fusion of the two: A cel-shaded Lord of the Rings spin. Think Dragon Quest VIII, or other recent stylish cel-shaded Wii outings. Personally I think a cel-shaded foray into "mature" Zelda could be tremendously successful. You could have the best of both worlds--an ageless graphics engine combined with a creative design aimed at the 15-25 market (yet still accessable to other markets). The pinnacle effect could be Prince of Persia's presentation. Now that we have the art design down, let's talk setting. I really loved some of the steampunk vibes that Twilight Princess offered (in particular, the design of the Gorons) and felt it had a really untapped potential for a setting. Simple machinery and technology has always been included in Zelda, but it's never had a widespread role outside of the hero's arsenal. Seeing the armored Dinolfos in Twilight Princess excited me at the prospect of industry, and fighting an Isengard-like army of Moblins would be a new take on things. I would like to see a synthesis of the rustic setting of Ordon Village with widespread clockwork devices... in other words, a true, wonderous steampunk setting reminiscent of Miyazaki's early films. Zoras and Gorons would make a return, as I felt both of these races' designs were at their absolute pinnacle in Twilight Princess, and they deserve to be fleshed out even further.

In a shocking twist, I personally think that the Triforce formula that has been shoved down our throats--err, we've come to know and love--should be left out, and the writers should come up with a new cast and chemistry. I honestly felt that Aonuma intended for Midna and Zant to replace Princess Zelda and Ganondorf, respectively, and I personally thought it should have been left that way. We've reached a point where the "traditions" of Zelda have become shackles, and it's about time they stepped out of the box. Nintendo has proven they can come up with a competent alternative to Ganon in the forms of Vaati and Zant, and I'm fully confident that Aonuma could conjure up a new monolithic evil reminiscent of a Dark Lord of the Sith. Or, perhaps he could go in the direction of a sympathetic villain, more human and relatable. In any case, I think the traditional Courage-Wisdom-Power/Link-Zelda-Ganon route should be abandoned in favor of a new cast with Link.

Speaking of cast... yes, I do believe it's time for voice-acting. When Mario and Metroid have implemented voice-acting and you haven't, you know it's time to get with the program. As to whether Link himself should speak... I am on the fence. On one hand, the heralded reason for Link to remain silent is the fact he is the "link" between the player and the game. However, this argument can be turned on its face--if, say, you were to implement a deeper character interaction engine (I've been spoiled by Shin Megami Tensei and Rune Factory), you could theoretically create an even more intense link between player and game, forging interpersonal relationships/friendships between characters, and as a result actually create non-playable characters that you would actually care about. Putting aside the dating sim jokes, I do believe this could greatly enhance the immersion experience (at the expense of riling up the RPG argument). 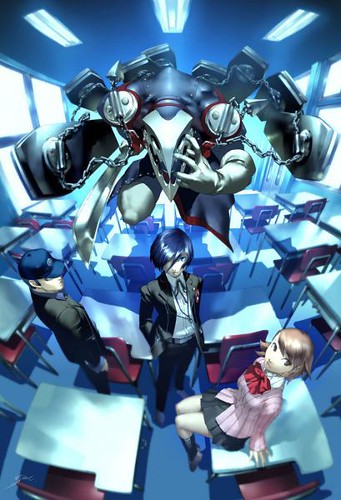 Putting aside the fluff and getting into the crunch, I think we can all agree that Motion+ is a necessity for the next console Zelda. The question is how to implement it... do they keep the traditional-but-cramped control scheme in the third-person design (the lack of camera hurts this model), or do they break the mold and pull a Metroid Prime, casting the game into first-person for the most immersive and deep swordplay experience? If you ask me, I go back to my "Link as the player" devil's advocacy, and assert that a first-person perspective would put a player in Link's shoes even better than the current third-person model. First-person melee combat has come a very long way in recent years, and Motion+ could prove it a viable and excellent experience. If, however, one is still opposed to the first-person perspective, there is the third-person over-the-shoulder angle refined in Gears of War and Resident Evil. This could perhaps would best, as the zoomed-in camera would bring the player closer to the action, and as a result could still produce very immersive yet nimble swordplay; not to mention IR aiming for the hookshot or bow. Yes, I said it. Sorry southpaws, but us righties are more numerous than you. Tradition be damned, I want a protagonist whose movements mirror mine, not a leftie.

And on that trollish note, I think I'll draw this long-winded rambling to a close. Do you see, Destructoid? This is what you get when you close down the forums to those of us who live there. You get whackjobs like me climbing onto soapboxes and posting tl;dr blog articles.
#Community    #Wii
Login to vote this up!