Those About to Die: Every Character I've Controlled

7:33 PM on 05.03.2009 (server time)    0
As so many have pointed out over the last month, we're all guilty of being cold-blooded killers. However, I would propose that my crimes are even more demented than those of the majority. I would suggest that what I've done is even sicker than curb-stomping alien foes during battle, or recklessly smooshing an entire race of Goombas. 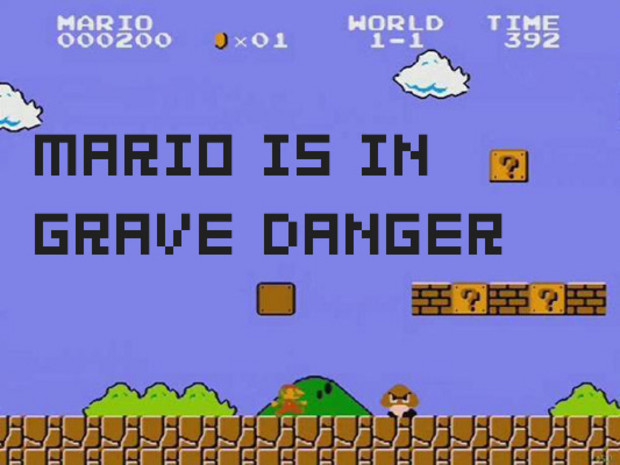 For gamers like myself, it's the character that I'm controlling that should be nervous. When I have the controller, nobody is safe, but the protagonist is probably in more danger than anyone else. This is because my questionable motor skills, lack of elite level reflexes and general ineptitude has led to the deaths of thousands of characters who trusted their lives to me.

Let me explain. It all started with the NES. During that generation, games were famously more difficult than they are today. Trial-and-error gameplay was not the exception, but the rule. You simply had to die a certain number of times while figuring out things such as enemy placement, how to time your jumps, or what items to use at what time.

At least, that's what I always told myself. Still, even after my brothers and friends had safely guided their characters past the dangerous obstacles and hideous monsters that presented themselves, I was still behind, leading my helpless minion into a never-ending hell of repeated deaths. Some of the greatest heroes in the history of video games were mistreated, tortured and put to death by my hand(s). I led Mario away from the safeness of solid ground and into pits which appeared to have no end. I recklessly forced his brother to jump into the menacing, sharp teeth of killer plants, when all he wanted was to collect some coins and help out a damsel in distress. There's no telling how many times I slaughtered the noble Simon Belmont, keeping him from saving the world from the evil Count Dracula.

Even when I was kept from doing great harm to my character or others, I still managed to make the lives of those who trusted me into a living hell. I quickly turned my garden of beautiful pinatas into a sort of black market, where I would force them into procreation and then sell their children, while answering all protests with a brutal swing of my trusty shovel. When I was allowed into the Sims' neighborhood, I quickly used my god-like abilities to bar Sims from going to the bathroom, forcing them to soil themselves and cry in shame. Or, even worse, I would seal them into an area with nothing but walls, quickly building a tomb in which they would spend their last frantic hours.

Then, there was the dark side of myself. When I found out about the (at the time) very gruesome and graphic ways that your character could die in The Immortal, I couldn't help myself. I led him to be eaten alive by giant worms, forced him into the paths of arrows, and stood idly by, refusing to help as his skin and organs were devoured by flesh-eating slime. Little did he know that I never had any intention of helping him to survive, and I just wanted to see him suffer in as many ways as possible.

I've done the same with many games over the years. Even when Leisure Suit Larry was just looking for love (in all the wrong places), I giggled with glee as I led him into a dark alley to be beaten to death, forced him to have unprotected sex with a hooker (knowing full well of the terrible diseases he'd contract), and threw him into the path of oncoming traffic. Long before I ever took Larry to meet Eve, the woman of his dreams, he had already endured countless deaths, including drowning in a bathroom stall when a clogged toilet filled the bathroom (and his lungs) with water.

As time went on, not a whole lot has changed. Oh sure, I managed to save Cyrodiil, and I led a team of heroes who stopped Gongora, as well. There have been other successes, to be sure. Still, the combination of my lack of top-notch skills and tendency towards the demented side of playing games has ensured that no character that is guided by my controller is safe.

Still, you should not judge! Even the most skilled among you has blood on your hands. The next time you think of death and killing in video games, don't just think of the monsters that you have slain or the evil that you have vanquished, but also the brave heroes that you betrayed; the ones who trusted you with their very lives. Surely, I am not alone in leading so many great men, women and creatures to their violent and untimely deaths.
#Community    #OpinionEditorial
Login to vote this up!