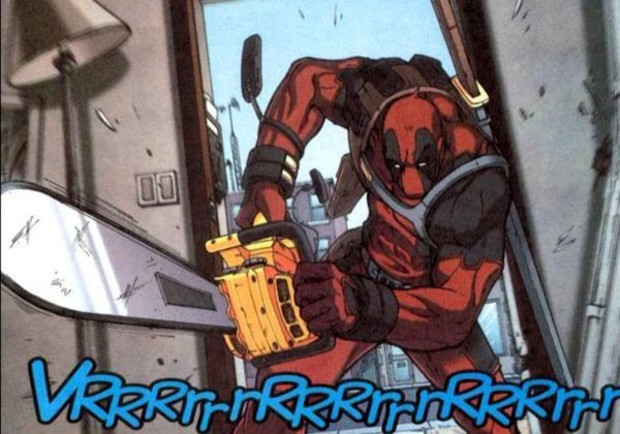 Before I start I just want to say that I plan on organizing another Destructoid SD Comic-Con get together. I will be putting a post up sometime this weekend with information. However I will say right now that I will be looking for volunteers willing to help me. So anybody who might want to help look for that this weekend.

1. I really want the new Red Faction now. I don't know what the beta was like way back when but hot damn the demo is fun.

Damn, there is too much good shit coming out in June. Blazblue, Arkham Asylum and now this? Jesus Christ, I am going to be broke come this summer.

2. Ninja Blade is quite lame. I played the demo and jesus christ people weren't joking when they said half the game was QTE's. The sad thing is the game has promise and if they didn't insist on taking control out of your hands every 10 minutes with those damn QTEs I would have considered buying it when it dropped in price. But those things drag the game down because alot of those things you do in those damn cutscenes could have easily been done through gameplay. Bah, I guess that just means I have one less game to buy

3. The melee cooldown in L4D now is kind of annoying. I really don't see why that warranted changing. The only time I noticed where it could become annoying is that one part at the elevator in Mercy Hospital.

4. Assassin's Creed 2 looks pretty interesting, what with the whole Rennaisance thing. However from how it sounds like they are fixing everything except the one damn thing that needed to be fixed, the controls. And don't even try to tell me those controls were good. When you have to hold down multiple buttons just to attack there is something wrong with a control scheme. Sure the previous game was repetetive and had multiple other problems but those didn't stop me from finishing the game, its shit controls did.

5. That I am now the only person who harasses Necros in IRC now.

6. Apparently people assume that when I say that Beast Wars looked had terrible animation that I think that Beast Wars is bad. That is not true, I like Beast Wars. I was just saying that it looks hideous after all these years.

Also, Debloo is wrong. Dinobot is the best. Torca would kick his ass though.

7. MVC2 is coming out on XBL in PSN. I guess that is what Marvel meant by what they said at Comic-Con last year. I can't help but feel dissapointed, I was hoping for Marvel vs. Capcom 3 damn it, I want to live out my dream of Nemesis vs. Deadpool! Although hopefully this means that Marvel and Capcom are more open to the idea.

8. I agree with Technophile

10. Bane looks pretty badass in Arkham Asylum
#Community
Login to vote this up!