So I have just finished H.A.W.X. for the PC

12:01 AM on 04.05.2009 (server time)    0
So we can argue, on one side we have a Tom Clancy kind of story that is messed up... I mean, PMC (private military contractor), that goes on a full scale war on the United States? A PMC is a company, how does the "go invade a country for free" do for business??
But still on the other side the easy shooting and tone of the missions is very fun, and I found myself looking forward to what was next, and if you let aside the ridiculous story then the game is fairly enjoyable. Is just that the way the story is presented to you is not as bad as the sotry itself. Sometimes is not the content of the box, just the box... you guys following me? Nah, dont worry, neither Im I. 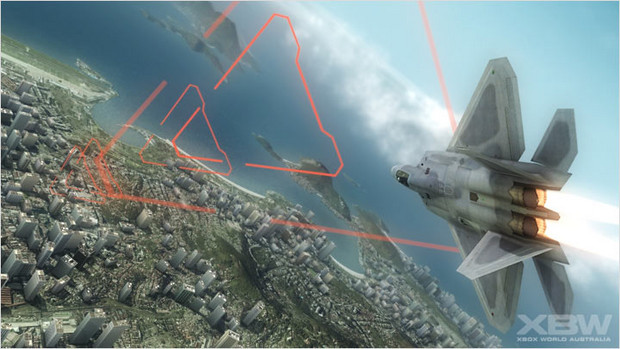 I want one of those, the traffic would not be a problem.

Back to the campaign is a Tom Clancy game, is not short but not a very long, around 12 hours or less if you dont suck like me. The thing is that it has a lot of turns in a single mision and is well executed in those twists, you can complain of the stupid story, but besides that is fairly good and I could play it without any stabillity issues (stable, fast loading times).
Is fairly difficult, at least I finded it complicated in the normal mode. I had to go back and select maybe another plane because I was failing too much on some specific missions. On the other side the AI throw at you a lot of ground and air units at the same time (4:1), so if you have to protect something you will do fine in most of the cases, but if you have to give assistance to multiple units it can get frustrating.

Overall I liked the game more than I thought I would. Is cheesy? Yeah a little. I never cared a lot about my wingmans since they were annoying on the radio and I didnt knew what they were doing most of the time (send them an order and they wouldnt engage effectively or protect you well). But I continue playing because I wanted to see what was next, my next airplane, to fly an F-117 on a bomb mission and a f22 on an air dominance one. It was fun. Just dont expect a flight simulator.

I can see a mission add on in the future on the way of DLC, it should add another campaign, they have a great engine to build more missions, pack them in a box and call it H.A.W.X.X. 2 revenge of the X.
#Community    #PC
Login to vote this up!