A "falling out" of sorts 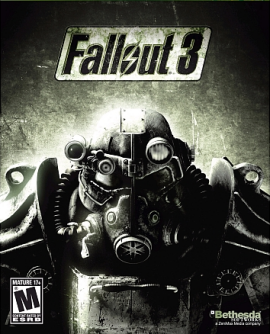 There I said it! Let the heavens open up and strike me down for my blasphemy!

I want to try and explain my reasons and I know that I might take a ton a flak for this but here goes. When I first heard that about Fallout 3, my heart leapt with joy. I played parts of the first and second ones, but I was too young to fully enjoy them. For the most part I remember watching one of my older friends play through them. That was fine with me. He got to experience the game play and I got to experience the humor and story. For instance, the opening cinematic from the first game is one of the most awesome, most darkly ironic, most awesome (again) intro movies ever.

By the time I got older, I tried to play the original games on my PC but for whatever reason, I never got super into them. It's not like I didn't like them. I knew I would love playing them, but reasons that I don't really remember prevented me from playing them. I imagine it was the fact that I was busy with other newer games, school, life. Stuff like that.

So like I said, I was excited when I first heard about Fallout 3. Yes there was that flap on the internet about it being made by Bethseda instead of Black Isle, but I didn't give it much thought.

I used my Christmas money to buy myself the PS3 version (because that's the console I own -- I share the 360 with my brothers). I was so excited to play it! I heard nothing but good things! Immense scope! Immense story! Open-ended gameplay! Dark humor! It sounded like somebody cooked up a feast of amazing.

Then I played it. The graphics and level of detail Bethseda put into the world were incredible, but still somehow, my hopes sank a little bit during the opening valut scenes. Yes I know it was just an intro area and all that, but something about it rankled me. I made my escape from the vault and took my first steps out into the Wasteland. As I stood there blinking under the sun's harsh rays for the first time, I felt lost and alone.

I knew that's exactly what the developer wanted me to feel but for some reason it really affected me. I ended up restarting my game (obstensibly because I wanted to redo my character design and name) I went through the vault again and stepped out into the Wasteland. The same feelings assaulted me. Where was I to go? What was I to do?

That's where I realized why I didn't like the game. I was intimidated by the sheer size of it. There was no linearality to it at all. The sheer number of choices baffled me. I didn't play the game ever again after that second time. Yes I know there was tons of material I was missing out on. Yes I know that is a story in that game. Yes I know that by all rights it is a big steaming bowl of wonderful. But it's just not for me.

When looked at on paper, it should have been a perfect fit. But in reality, the open-endedness of the game made me unmotivated to even get started. I took those first baby steps out into the Wasteland and promptly wanted to go back into my vault. Or save the game and then not play it anymore.

Now there are going to be lots of people who will tell me, "You didn't give the game a chance! How can you judge a game if you didn't give it a chance?"

My answer is this: If I am not enjoying what I'm doing, If I do not want to continue what I'm doing, why should I have to keep on truckin' as it were just so I can say I've given a game (or whatever that thing is) a chance?

I'm not saying Fallout 3 was a bad game. Far from it. In fact any awards it has won I'm sure it deserved. I'm just saying that it was not the game for me. For all those out there who enjoyed Fallout 3 -- more power to you. Me? I'm going to go back and play the originals (time permitting of course)