No Discountoid this week but check your local Target 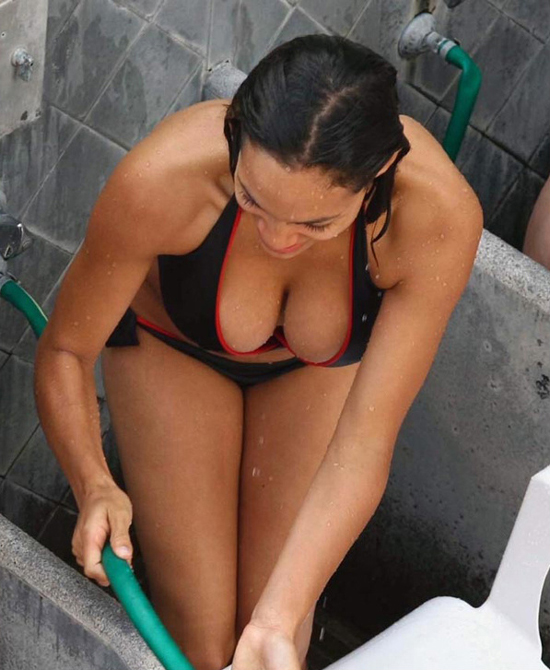 I'm not going to post a Discountoid on the front page this week because, frankly, it's all too depressing. Best Buy has one game on sale (007: Quantum of Solace, $10 off), Fry's is a desolate wasteland as usual (though they do have an 80Gb PS3 bundle with a free Dual Shock 3 and copy of I Am Legend on teh Blu-rays for $399) and GameStop's ad is just full of crap. Rather than spend three hours combing Amazon for what would essentially be the only real content in the post, I'm just skipping it this week. I did want to clue you, the loyal cblog readers, into a thing Target has this week, though. And I still wanted my weekly excuse to post boobies.

Prince of Persia, Rock Band 2 (disc-only version) and Scene It!: Box Office Smash (bundle w/ controllers) are buy one, get one 50% off. But those aren't the only games which qualify for the promotion. According to the ad, other unnamed titles are in on the deal as well. I'm not sure if it's a regional thing or a case-by-case basis, but there are more bargains to be had. Whether they're worth it or not is anyone's guess, but you may want to check it out if you're swinging by a store this week.

Hopefully, next week will be better. Happy hunting, gang.
#Community
Login to vote this up!