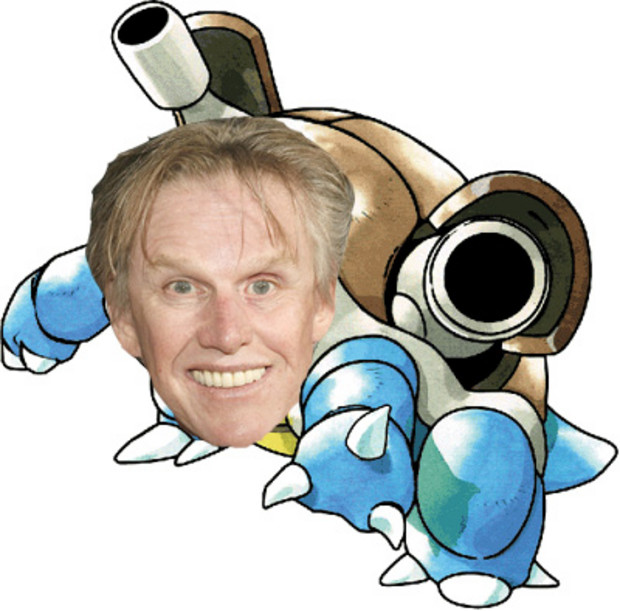 I'm not even going to bother explaining this, the story is just too long and confusing

First off sorry about last week for those who care, I couldn't do this because I was busy and my computer got fucked up with a virus. The loss of my computer sucks even moreso when you take into consideration that I was supposed to be on the Failcast this past week.

1. I really want BlazBlue now because I saw some trailers on gamevideos. Which is surprising because I'm not a big fan of Arc System Works. Not because I think they are bad or anything, just because I never really cared.

2. Watchmen: the End is Nigh is a very lame game. Who the hell would spend 20 bucks for this? It's just a very boring beat em up with Rorshach and Nite Owl thrown in. And this stance has nothing to do with being a comic book douchebag. It's just a crappy game.

3. Yojimbo wants us to buy Animal Crossing. NO! I REFUSE! It took me long enough to convince myself to stop playing the last one damn it! That, and my Wii is dead to me. It has gone the way of my PSP, where no matter what new game comes out I can't be bothered to buy it.

4. Resident Evil 5 is pretty good. It's not anywhere near as good as RE4 but it is still really fun and addictive to play. The problem I have is that with this game, Resident Evil is officially no longer scary. Say what you will about RE4 but I still thought it was scary. Resident Evil 5 insists on having the game take place during the daytime and the addition of another character ruins the mood quite a bit. Don't get me wrong, I love the damn game, there is just something about it that turns me off.

5. The Destructoid alphabet book turned out awesome. I really need to make the text in mine bigger before Hamza makes it into a book.

6. That Steel-Squirrel hasn't seen the Dark Knight. FOR SHAME!

7. That Phoenix-Blood, PsychoSoldier, and Blehman like to talk about body piercings. Am I the only person that doesn't find body piercings sexy? Ears and maybe the belly button, anywhere else and you need to be smacked that's how I see it.

Damn it, I'm starting to sound like an old man.

8. In Bruges is an awesome movie.

9. Scott Pilgrim is an awesome comic.

10. I have a sudden and strange infatuation with Gary Busey
#Community
Login to vote this up!