5:51 PM on 03.15.2009 (server time)    0
[EDIT: I should have known better than to post this on Dtoids anniversary, seeing as it will probably get lost in the shuffle lol. So, it will remain hidden until things die down and will be reuploaded. That would be now]

So I've been toying around recently with the idea of finally joining the Dtoid community after what I considered a decent lurking period (since dec 2007 if I remember it right), so the first logical step would be to sign up and make an intro post. But then, I reached my first obstacle: how to make the introduction interesting? Wanting to uphold the "Don't suck" rule (to the best of my abilities at least) I thought for a long while (read: weeks) about how to pop my community cherry. After much deliberation, it hit me.

Since everyone loves bullet points, and they make something a bit more engaging to read than a wall o text. And this matched perfectly with the meme that went 'round awhile ago of "10 things you didn't know". So without further ado, here are 10 things, both VGR and NVGR, that you didn't know about Fission Mailed to introduce myself to the community.


1. My first console was a PSOne 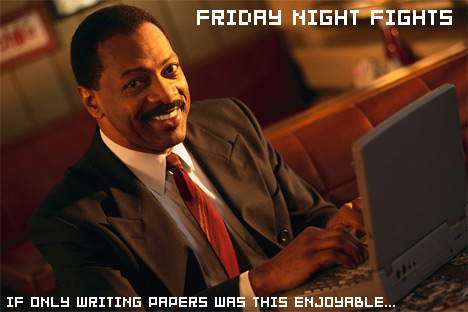 Taken from a previous FNF post
However, a couple of things hinder me. One is that my internet connection is blasphemous (srsly, my top download speed is 115 KB/s. Yup, those are KB) and the second is, in accordance with number 8, I can't keep up with the newest releases and by the time I obtain them, they are out of rotation. I think I have one or two games still in rotation tho, so in any case, my PSN is CapS_90

Really, this is probably the best site/community I've seen on the interwebs. From the Cancun trip which originated lobster milkshakes, Chad and Anthony's ongoing feud which must end in a duel atop a volcano (Mikey take note plzkthks), Jim's humor that resonates with my own, the Podcastle (which I have a bunch of episodes on my backlog that need to be listened to), the many different personalities in the community (MrSadistic, Yojimb0, coonskin, Mikey, Mushman, wardrox, takeshi, CharAznable, Banj, Morty, Sheir, Serpentish, Mxyplamfdiuhg, Gh0st, aborto, Atlas, Kryptinite, Tubatic, Sharpless, ok seriously I'll stop cause I keep remembering one name after another and this will never get done), in the end, everything about it keeps my attention relentlessly and a day can't go by without me visiting dtoid. And it was unintentional, but posting my first blog on the 3rd anniversary of Destructoid made me lol (though it might have been a bit stupid, since now prolly no one will read it, oh well, I lol'ed anyway)

Also, this series needs another game. Just saying. If you haven't played it, do it. Now.
Also also, cocks.
#Community
Login to vote this up!