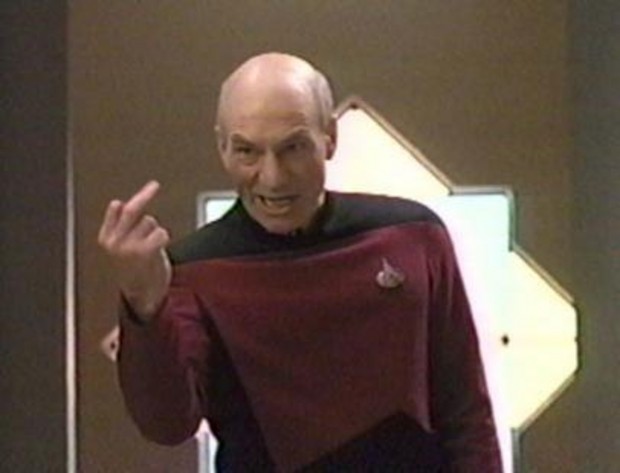 It really bothers me that I haven't been able to write a non 10 things post in a long time. I don't know what it is but I just haven't been able to sit down and write a blog in a long time other than these. I have ideas it is just whenever I sit down to write I get distracted. Maybe I will finally be able to write something over my spring break when I have more time but I don't know. It sucks because I really like a lot of my non 10 things posts and I have fun writing them and it sucks being stuck in a rut like this. But you are not here to listen to me bitch are you?

1. Vexed Alex believes the person who suggested that T. Rex was a scavenger is a dumbass. Well what do you know, another thing we agree on!

2.Topgeargorilla made me some very sexy slippers.

3. Apparently there is going to be a Nerf gun battle at PAX, which is awesome. Now I can bring Nerf guns without appearing insane. Unless Suffocat was lying in which case you are a devious bastard.

4. I really want Matt Hazard. Which makes it very unfortunate that it comes out at around the same time as Resident Evil 5.

5. There is a little bit of controversy over Deadpool in the Wolverine movie. And I have to say, I do not think that that weird looking guy without a mouth in the trailer is him. For one, there is no way in hell the person directing the movie is that goddamn stupid. Alienating a good percentage of their audience with a decision as stupid as having a Deadpool that shoots lasers out of his eyes and has claws is not a good idea. For two, I don't think a toys packaging can be very trustworthy. I've seen tons of toy packaging with wrong names on them.

Of course this could just be me trying to come up with excuses because I was looking forward to that movie.

6. BlindsideDork is broken. I have just realized he hasn't made a blog since the 13th of February. What the hell happened? He used to blog 5 times a day minimum. I suspect that he was kidnapped.

7. It's nice to have finally finished my entry into the Destructoid art project

9. Yashoki doesn't pay that much attention to Destructoid anymore. Why don't you love us anymore Yashoki?

10. I am very easily pissed off. Don't ask.
#Community
Login to vote this up!