Dante's Inferno: What the hell is the problem? 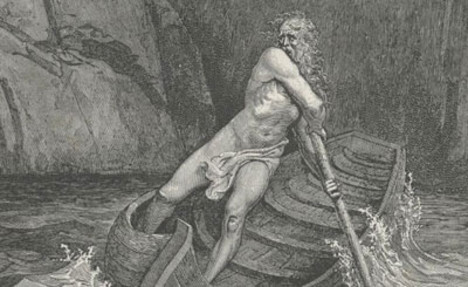 Many in the industry desperately want to see video games receive the same respect as movies do, and we�re definitely moving in that direction. But I think it�s unfair to decry the game as a huge step backwards. Do we really want an industry filled with nothing but serious games? Has the entire film industry fallen into an abyss of mediocrity because Rob Schneider and Dane Cook continue to star in movies? Is BioShock any less of a masterpiece because Earth Defense Force 2017 exists? No. We cannot have legitimacy and respect at the cost of being able to laugh at ourselves and have a little fun. Gaming is fun, first and foremost.

The God of War series took Kratos and completely changed key aspects of the character. (To start with, in Greek mythology, Kratos was actually a huge Zeus fanboy, and never once attempted to overthrow him.) Did this deviation from the character�s original story diminish the games at all? An overwhelming majority probably wouldn�t even consider it an issue. Granted, God of War deals with mythology, and Dante�s Inferno deals with one man�s work of fiction. Still, a lot of the same general principles apply. When a work of fiction makes the jump from one medium to another, changes usually have to be made, in order for the transition to work well within that new medium. Acceptable losses, etc.

So, I implore you: Relax. This looks, at the very least, like it will be an amusing, ridiculous third-person action game filled with over-the-top violence. Best-case scenario, we end up with an epic, surreal, dramatic gaming masterpiece. I absolutely adore the design and style of what little I�ve seen so far. Whether it�s based on Dante Alighieri�s The Divine Comedy or Matt Groening�s Life in Hell, I don�t care. A good game is still a good game. Even if its tagline is �Go to Hell.�
#Commentary    #Community
Login to vote this up!