10 Things I learned this week: Aborto's going to PAX Edition! 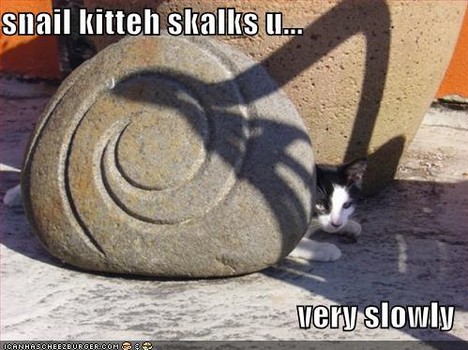 Yep, that's right bitches, Aborto is going to be making his way to Seattle this Labor Day. It may cost a lot but it seems totally worth it. Not to mention it coincides with my 20th Birthday so it will be my Birthday present to myself and Birthday money will help out the money situation. That is assuming I can get a hotel room so I have to pose the question, who has a room that I can crash at or who wants to room with me? I'll pay for half or whatever is reasonable.

I'm definitely looking forward to hanging out with Juggsy, Blehman, Yojimbo as well as stabbing Vexed Alex in the face for calling me smelly so damn much in IRC! I'll make you eat those words motherfucker!

Also, I'm nearly finished with my entry for the secret Dtoid art project. I think those of you who play games with me regularly will really like it (hint, hint) ;)

1. Jim wants to ride a Toucan.

God, she is going to regret playing with me and Juggsy

3. Abel kind of looks like Chad. You know, if somebody cut the shit out of him and he grew a ridiculous amount of muscle.

4. I no longer like C. Viper. I liked her before because I was only going up against the computer but when I started going up against actual people online and in person, I realized how bad she is. That pause before she executes her special moves makes it impossible to win against my friends.

Now I just need that damn gamepad, which it now looks like I won't be getting until late March or early April. I swear to god, this is the last damn time I am preordering something off Amazon. On the bright side, by the time that I get the damn thing I will have gotten so used to the shitty gamepad that I will be fucking amazing with the new one.

5. Topher loves himself some Puzzle Fighter

6. I have newfound respect for Wardrox because he likes Condemned.

7. Me and Vexed Alex have reached a level of gayness that rivals Gandysampras and the Young Scot. Goddamn it, I wish I recorded that conversation in IRC!

8. It's so much fun fucking with Necros in IRC.

10. This September is going to be awesome.
#Community
Login to vote this up!