Coaching my Girlfriend for Streetfighter IV

Samantha is the kind of girl that hates video games...in fact we nearly broke up on account of her walking in from work everyday, to find me playing Halo 3. Halo 3 wasn't the problem however, just the amount I use to play it. She would walk in and say the typical "how are you? how was your day? mine was blah, blah blah", you know what I mean, and I wouldn't take my eyes of the screen or keep from yelling profanities down the headset to my many close friends who played it with me. Of course we also have to take into account that I would get pissed if she used the computer while I was on Halo 3 because it slowed the connection (But what doesn't), she also couldn't watch TV because we only had the one television...far out, I was a prick...lol...was?

I have decided that I have had enough of her ways and stated that if she doesn't become great at a least one of my favorite games, I will contract an STD and forcefully pass it on to her. She has agreed that instead of getting AIDS she will attempt to become world champion of Streetfighter IV.

I, in turn, have agreed to this. So I have begun the awesome process of converting her from a girl who can't play a game for shit, to a girl who could beat any Korean down flat! (As racist as that sentence sounded...yeh). I will be keeping a video journal of how this pans out and keep you updated on her skill status.

This is not a joke my brothers and sisters, I am going to convert a non-believer into a preacher, you just watch! I will do it! You will doubt me, BUT I WILL SUCCEED at the only thing I could possibly succeed at, video games.

I just asked her which character she wants to play as, she said she doesn't know who the characters are...God...I have a LOT of work to do. Here is the list:

1- Watch the Streetfighter 2 Anime to show her that Chun Li is hell hot in the shower and Ken is a punce.
2- Go to the Casino Arcade (Galactic Circus) to play the the Streetfigher IV arcade game until I run out of money, which won't take long because I have none.
3- Start spending her money on the arcade game until she is broke.
4- Shoplift groceries from the nearest Supermarket to live.
5- To get her in the correct state of mind, we will dress up as Streetfighter characters and I will proceed to have the shit kicked out of me.
6- Purchase the game and hog it for the first month while I play more talented fighters online (That don't hit me in the arm if I don't let them win).
7- Get sick of the game after 2 months and throw it in the locked basement (Which I will keep in a state of solitary confinement) with her, so she can play it for 8 hours a day in darkness.
8- Take her to Korea to win the Streetfighter world championship.
9- Kick Dr.Phil in the face when we get on his show for me using her to get to high places.

Whether she knows this is going to happen is beyond me...so I have decided that I will let her have a few words to my fellow destructoid brethren...

Hi, my name is Samantha...and this is my boyfriend playing guitar hero a while back with no pants on...

Hello this is really Mr Dillingers girlfriend now. That was still him writing up there, I guess he just really wanted to show you guys his ass. (I believe his avatar pic was taken straight after that photo was) Anyway, I don't really hate video games at all. Infact I had a Sega when I was a kid and I played Sonic the Hedgehog to death. Then I moved up to a Super Nintendo and played Mario and Donkey Kong Country 3: Dixie Kong's Double Trouble! And while everyone else seemed to be moving up in the world I still played my Super Nintendo (actually it wasn't even mine, I borrowed it off a friend and never really gave it back). Then my friend had a game cube and we played a shitload of Mario Party it was great. And in between all of that lets not forget about how much I love the Sims!! Hahaha. I know I'm not a hardcore "gamer" but i definately am not a video games nazi. 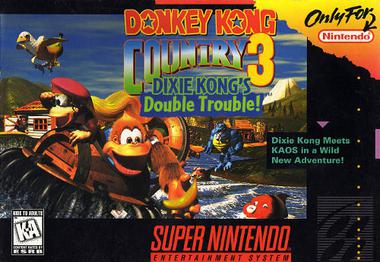 It all started in primary school when the some of the boys in my class decided to change my last name from "Streatfeild" to "Streetfighter". I thought it sounded pretty awesome so I didn't really mind. Then something strange happened, that very day I walked home from school, past the little shops to buy some lollies with my leftover lunch money, and there I saw it. "STREETFIGHTER" it was a big fuckoff arcade game right outside the door. Had I never noticed? Or did someone put it there that day... I will never know. Me and my friend Sam put a few coins in, pressed start and picked our characters. Then we had no idea what the fuck we were doing, pressing the big blue and red buttons and flinging the joystick around like fucking crazy. I was shit.

Nothing has changed since then.

The guys are all going crazy about Streetfighter IV coming out and our friend Pete suggested its time I started following my purpose as Streetfighter. No-one else in the group has ever had a nickname like mine, its destiny! So I went to Mr Dillinger's house to practice. I was in training mode and learnt how to chuck a big blue ball looking thing and a ball of fire. I could also jump and punch but I think anyone can do that. I couldn't really train much because someone kept getting frustrated with my lack of awesomeness and kept taking the controller, but that won't stop me.

To finish, lets listen to our new national anthem...

I have been on Destructoid for a little and have grown to really love it's community. I love to write articles on gaming and I find it easy to do with Destructoid. I am currently studying a Bachelor Degree of Communication (Journalism), so that one day I can hope to do this professionally.

While studying I jump from job to job like crazy because I don't want to do anything but write, and while that may sound reckless, I assure you that I really couldn't live any other way if I tried.

I just want to say thanks to everybody involved with Destructoid including every reader, community blogger and contributor. It really is an amazing place in the digital, shit infested swamp lands of the internet.

I also write on Stereotoid; a weekly shift in the Earth's crust where the greatest music from all time seeps forth and pushes its way into our ears then forces us to write about it through mental fuckism. If you understood that, then well done.

P.S - One day I will write for Destructoid...That's right Niero! I'M COMING FOR YOU MOTHER FUCKER!