Let`s get the hype going: Darth Obi Wan and some other bad news

My pijama`s just can`t take that amount of awesome in 2 pictures: 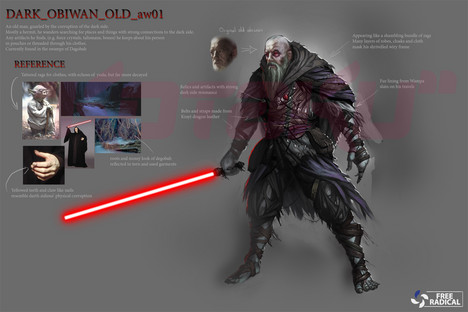 OMG I want that game so bad.

I also came across some bad news, quoting spong.com:
"Speaking to SPOnG, an ex-employee of Free Radical has confirmed that the leaked Star Wars: Battlefront III footage is genuine, but that crucial technology developed for the game is unlikely to make it into the final code.

The former employee, who wishes to be known only as Thomas Dudenaughty, told SPOnG, "It's genuine. However, it's my understanding that the game's been passed to a new developer, but the tech that allowed you to fly from the ground, to air, to orbit, to space dies with Free Radical's involvement. The new developer will be making it a cutscene every time you want to transition from ground to space."

We were told that the game mechanic would have offered "complete freedom"."

Thanks for killing my boner Free Radical :(
#Community
Login to vote this up!