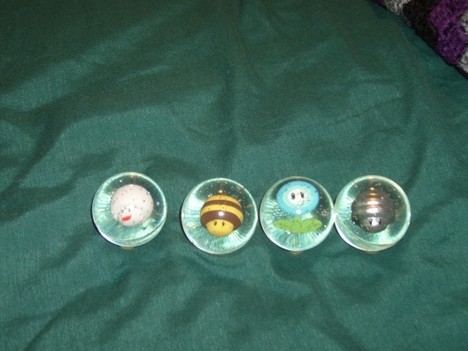 I had the ghost mushroom ball in the gift box, and sent the others along in another parcel in the shipping box. My giftee was pleased. I think he's using the Chozo to hold condoms now.

As for the gifts I received, one of them was The Chipmunk Adventure on DVD, chosen right off my Amazon wishlist. I finally got around to watching it last week and oh my God I felt like I was 3 again. It was the first movie I ever saw in a theater, and probably that I ever saw period. I don't think there's any single thing that takes me back as vividly as this movie, not even a videogame (although there is a fake videogame in the movie that I've always wanted to play.) Anyway, it had been somewhere around 7-10 years since I'd last seen it on TV on the Disney Channel, and I'd forgotten a few things, most notably a song the Chipettes sing to a bunch of snakes they need to get past to recover their stolen dolls...

Um, wow. I was a bit taken aback. It's a catchy song, but I never picked up on the lyrics when I watched it before.* I thought to myself that this would never, ever fly in a cartoon made today, but then I remembered Bratz. So much for that theory! What probably wouldn't make the cut is a mildly un-PC depiction of some unnamed South Pacific/Amazonian tribe that captures the Chipmunks, leading to the famous "Wooly Bully" sequence.

In a move that can only be called "fucking wonderful," the DVD comes with the soundtrack. If you haven't seen this movie or heard the songs from it and you are Chad Concelmo, please, by all means, do it. And show it to the children in your family, too.

*No wonder my generation is so fucked up, our first crushes were Jeanette and Gadget.

So hey, hi there, I'm going to make a sincere attempt to write more this year. After starting at the end of 2007 and then making the front page I kind of.... stopped, with a few BS updates throughout 2008. I have no good excuse for this, and resolved to pick it back up after meeting a few Dtoiders at Comic Con and seeing just how awesome everyone is in person. Then I failed. Then Y0jimb0 wrote a lamentation about people failing and complaining that everyone was failing. Then something happened last week, and there was some more failure. Then Necros wrote an impassioned battlecry to combat the failure. And so it goes.

Point being, I now feel sufficiently guilty about being one of the people who sort of dropped out of things after a short period of fervent activity. It's like I was playing an RPG, then put it down at some point, and the longer I was away the harder I felt it was to come back and do anything. Or maybe I was just lazy. I've gotten a lot out of this place and it's fun to participate. There seemed to be a number of people who actually enjoyed what I wrote and I feel like a douche for leaving them hanging. Anyway, this is getting to be too much of a sappy-explanatory-compliment-fishing-whatever post, but I just wanted to say I'm going to really try to pick up where I left off a year ago. Destructoid's been good to me. Also, cocks.
#Community    #Retro
Login to vote this up!