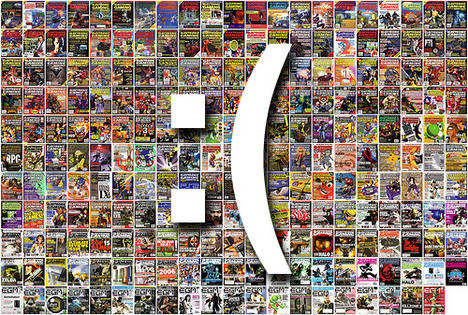 Even though it's been mentioned a lot today, I just feel like I need to express my feelings on the EGM/1up thing. Basically, it's sad. I've been reading EGM since I was in the 2nd grade. It was the first video game magazine I started reading regularly and probably the only one I've ever really trusted. Before the internet (starting to feel old now haha) it was where I went to get Mortal Kombat fatalities, strategy info on getting past bosses, Mega Man passwords, the latest news on this new Sony Playstation thing....really everything game related. Hell, it's even how I first found out about DBZ long before it was brought over here since it had one of those ads for import stuff in the back almost every month (and I happened to have a friend in my class from Japan with tapes).

As I grew up, it seemed to grow up along side me focusing more on editorials and (gasp) journalism as well as having a voice that spoke to an older crowd. Especially in the more recent years, I've felt like I was reading about video game stuff written by my peers as if one of my friends was relaying it to me as opposed to a PR recycler. I'm pretty confident in saying that it is, to this day the best video game magazine out there.

As for 1up, I've never been a big fan of the actual site itself but it was home to 3 of my favorite podcasts (1upYours, 1upFM, & LANpartyWeekly (fka GFW Live)). Ironically with the revelations on who is being let go, it seems that that's the stuff we'll be losing for sure. It appears my work week is about to get a hell of a lot longer. I'm holding out hope that some of you regroup as a different podcast somewhere GiantBomb style. Don't leave me hanging!

To those who did get let go, I hope you land on your feet and I'm sure you will since you're all really talented people. I'm glad I got to say hi to a few of you at PAX and sit in on the 1upYours Live podcast. You were all really nice despite the fact that I was probably drunk at the time. That was one of the many highlights of that trip.

So yeah. Sad day for me, and a big loss to the video game press in general. Not the coolest way to start the year either.
#Community
Login to vote this up!