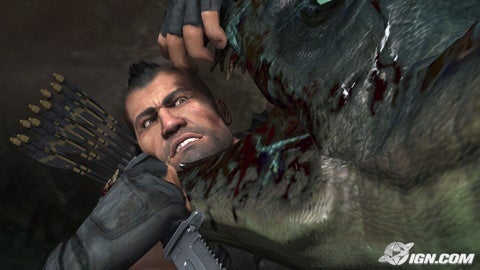 This is one of the least original games I've ever played. The guns are bland, the story is predictable and the characters suck. So why is it on the list? Because it's pure fun. It's simple and brainless, the knife is one of the best video game weapons of all time and the animations are slick. That's really all it's got going for it but it boils down to a game that is just fun to play.

This is one of the most original games I've ever played. So you might ask, why is it so low on the list? It's also one of the most repetitive. The game is gorgeous, it's cute and it's funny but the overall gameplay mechanic just gets old after a while. But at new at $20 it was and still is a great deal.

I've never played the original Bionic Commando so this was my introduction to the series and it was a great one. The game felt like a labor of love on Capcom's part. The graphics were gorgeous and the game was balls hard. This was a purchase I didn't regret.

The original Gears of War is one of my favorite games of all time. It perfected the cover mechanic, gave us a great weapon in the chainsaw gun and had all the B-movie camp that was necessary for a good time. That's not to mention the multiplayer, that, while broken was still a blast to play. Now we get to Gears 2. They tried to expanded the campaign by giving it an epic scope and they tried to give it a story. They succeeded on one of those points. The story mode is absolutely fantastic and is an improvement in every way over the original aside from the downer story. The campaign is the only reason this game is even this high on the list because Epic fucked the multiplayer up so bad that I sold the game two weeks after buying it. In trying to balance the game they threw the balance so far out of orbit that the game was unplayable.

If you ask people about the orriginal Fable you will get varied responses but one thing people usually talk about is that the game had charm. That charm returns in Fable 2. The game was not the second coming but, just like Turok, it was fun. Lionhead gave us roughly the same game as Fable but they made the game bigger and better. If you liked the original this was a fantastic sequel.

It's Smash Bros. what more do you need? The only two reasons this isn't higher is because of the minor balancing changes they made and the broken online. Thank goodness they nerfed Fox though.

If anyone remembers my start on Dtoid this comes as no surprise. This game is one of the best beat-em-ups ever made. The art style is amazing and the game is genuinely clever and funny. I didn't get hit with any of the technical problems so that's why I can put it up here. Fuck you BSD don't say shit. ;D

This is the quintessential Star Wars game for me. They nailed the effects with the Force and the lightsaber. The story was excellent and I didn't see the faults everyone was pointing out, so that's why this ends up at number three. 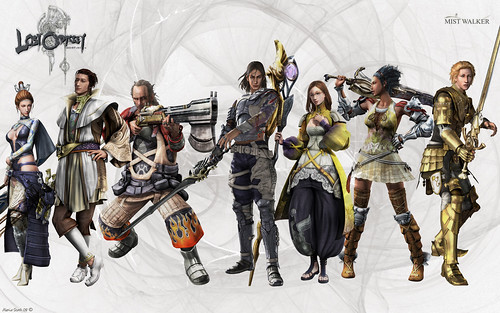 I haven't played many JRPGs but this one is by far the best I've ever played. The characters were absolutely amazing and so was the story. The gameplay was unmatched when it game to JRPGs. Lost Odyssey would have been my number one game if I hadn't remembered the next and final game on the list.

This seems to be the game everyone has forgotten about this year. I love turn based strategy games and the Advance Wars series provides some of the best there are. In Days of Ruin they took a more serious approach and gave the game a gritty post apocalyptic story that worked for me. They kept the gameplay intact and that's why the game ends up at number one.
#Community
Login to vote this up!

Hate it/Love it by me!