Why Velt? (The Witcher)

12:19 PM on 12.27.2008 (server time)    0
It wasnt long ago that I stopped playing The Witcher Enchanced Edition, it was sudden and I said to myself "is ok, we have been playing this game with all its sidequests and having a great time, now is the time for casual gaming and more study". The study is over for now but I have found that the idea of going back to The Witcher and its complicated chapter 2 is... welll, quite too much for my brain right now. 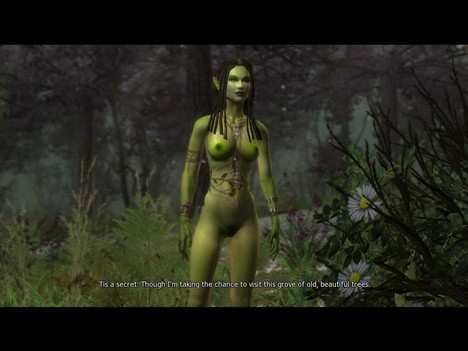 This is one of the reasons of why you must play this game.


Anyway, is interesting to say that it is a great game and it deserves the console port is going to get, I hope it does work out well since I want more of The Witcher in my PC (I really have to read the books btw).
I remember at the time before its release on the PC, some editor here said that the videos of the Witcher were uninteresting and too much blah blah blah, well is an RPG with lots of action. The first release was buggy, that killed my relationship with the game, but then the Enchanced Edition come a year after with some extra content, so i started playing again.
This time they are fixes everywhere, load times, crashes, etc...

I have been writing a review of this game, but I want to finish it before I post it. But if you dont want to wait for my final opinion, I have a lot of hours into the game as it is and I can say for sure that it deserves a try even if you are not that much into RPG�s (like me). The story is everything in this game and some ideas like the creation of potions (as complicated it may seem at the start), are very cool indeed and very good implemented once you get how to do it you will know what to use and when.

Well, this is only a heads up for those waiting or not waiting the console "port" (I know most of the people here are console gamers), for those with a capable PC, maybe you should check the specs and buy The Witcher Enchanced Edition. Is a shame that is not on STEAM, it should be.
#Community
Login to vote this up!