10 things I learned this week: RE5 impressions and a hint Edition 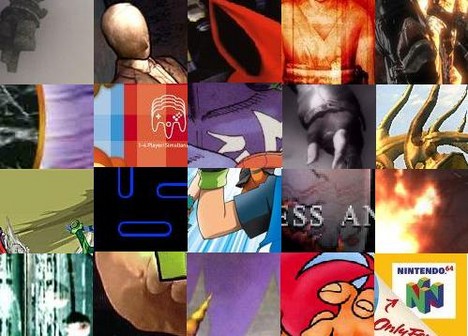 First off before I get right down to things, I will give you the above hint for the games that are on my top 20 games list. Some of them will be obvious, some of them won't. See if you can guess them all from the hint. If you do get them all right there may be a prize in it for you!*

And on another note, The RE5 demo came out this week and I have to admit I am a little worried about RE5 from what I have played. This has to do mainly with....

A. The controls. They feel clunky, even by RE standards. I had to do a lot of tweaking with the controls to get it the way I want it and even then I wasn't satisfied with it. Especially the Knife. For fucks sake what happened to the left trigger being used to aim and the right trigger used to unsheath the knife? That worked Perfectly in RE4 and for some reason they decided to just fuck it up. Who the hell thought assigning the goddamn map to the right trigger was a good idea? Sure there were other control settings, but B, C, and D settings were garbage.

B. Sheva. She can be a real bloody nuisance. There were times I would turn my back on her and she would get gang raped by a bunch of Ganados. For the most part her AI is pretty good but there are times it seems her brain brain just stops working. Sure, Co-op would cure this but I don't want to play it co-op, I want to play it single player. A game is significantly less scary when you are playing with a friend.

C. The inventory system. I found this to be a complete pain in the ass because enemies can still attack you when you are in it, which is idiotic.

The demo has gotten me worried, but I intend to put off final judgement until the final product, Because demos are very misleading. Which is something I learned from Lost Planet. The demo was fun but the game was a fucking mess. So hopefully they will polish the game up in the coming months until March.

1. I am no longer interested in Starcraft 2. This is largely due to the fact that I have just learned that they are spliting it into three games, each one dedicated to each faction. That is fucking stupid especially since I would have to wait for the faction I care about (the Zerg). Fuck the Terrans and fuck you Blizzard.

2. Blindsidedork has realized that nobody cares about Dom.

3. RonBurgandy got a really sweet gift from the Secret Santa. He can probably sell that thing for hundreds of dollars. Of course why would he want to? I hope I get an epic secret Santa gift! In addition I hope the person I bought the gift for the Dtoid Secret Santa gift likes mine.

4. Buying all my cousins Nerf guns for Christmas makes Christmas shopping alot easier. Seriously, who the hell opens a a present with a nerf gun in it and instantly thinks that it is a stupid present? Communists that's who!

Seriously, THEY ARE FUCKING NERF GUNS!

5. For some reason, I want to see the Dragon Ball movie really bad now

6. Rockvillian is spreading the Holiday Cheer

also, I call dibs on Guile.

8. There are too many threads in the forums about overrated games.

10. Doing that top 20 games thing for the Anniversary of 10 Things is much more difficult then I originally thought.

*No there won't
#Community
Login to vote this up!