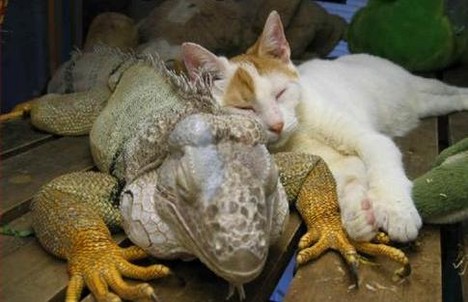 It should come as no surprise that I am really excited about RE5. I’ve been excited about it ever since it was announced, and every time a video of it pops up I get even more excited about it. However, this week Michiyoyoshiku posted an alternate TGS trailer that actually got me a little worried. Now I wish I took Blindside’s advice of not watching any RE trailers until its release.

This is because in this video it looks like Wesker is………teleporting. Many people didn’t seem to think that was too odd, but I think that is ridiculous even by Resident Evil standards. And don’t give me the “well he is super powerful and he is like a god” bullshit. You don’t see a Superman comic where he turns his hands into chainsaws and then it getting explained away as “well, he’s Superman.” You have to operate within the realm of believability of the series and if he really is teleporting like it looks like he is then I think that is, well, stupid.

Now, I'm not saying that this has changed my perspective of RE5. I still want it more than any other game coming out this year and next year. Shit, if RE5 surpasses RE4 as far as gameplay goes, he can spew rainbows out his eyes and ejaculate lasers for all I care. I'm just simply saying it is weird.

That is of course unless it reaches the "sentient leech-man who wants to destroy the world" level of idiocy, in which case I will be really pissed off.

Anyway, enough of my strange ramblings and onto the strange shit I learned.

1. Gandysampras and the Young Scott are totally gay for one another.

2. That I have come up with another IRC debate topic other than Charizard vs. Blastoise. Pyramid Head vs. the Nemesis, and according to Destructoid's IRC channel the Nemesis wins hands down.

3. The people in COD5 look like dumbasses when they run. Speaking of which....

4. COD5 needs a little bit of work. In the Beta I have come across a whole bunch of problems. Like the run button not working sometimes, to my guy getting caught on walls and objects, to the artillery strike being way to overpowered. They are all really minor but I hope they iron them out before the game comes out.

5. The Silent Hill/ Resident Evil debate was home to logic that massively pisses me off. Alright, it was just one person and they were replying to something I said but it still infuriated me. I had said that the level design in Silent Hill was bad because of all those locked doors and somebody said that I missed the point. That the level design is meant to confuse you. And that is a load of bullshit, a game shouldn't purposely cripple itself just for some bullshit aesthetic. And that whole "you don't get it" attitude goes off of the whole games as art thing which I blogged about earlier. No aspect of a game should be above being criticized simply because people think it's artsy.

8. Bioshock 2 has a really stupid name. Sea of Dreams? Seriously?!

10. That Holmes believes that MVC3 will be coming out next year. Hopefully this one will have an improved selection of characters. You know, one whose Marvel roster doesn't consist of mostly X-men Characters. Take out Marrow, Spiral, Omega Red, and Psyloke and put in Deadpool, Dr. Strange, Ghost Rider, and Thor. I know I've ranted about this like 5,000 times but damn it, the odd choice in characters for MVC2 always bothered me. Jesus Christ, they had two wolverines! GAAH! MVC2 was excellent, but if they make MVC3 with any one of those characters I mentioned as well as Nemesis or Lord Raptor, it would easily surpass MVC2 for me.

Now if you will excuse me, I am off to pick up my copy of Dead Space.
#Community
Login to vote this up!