9:52 PM on 09.30.2008 (server time)    0
Yes, I have one of those things, most of the time it stand on over a high place like an icon of my perseverance.
Still, besides all the hate the Virtual Boy gets, I can remember like today the day (more than 10 years ago), that my father brought me the Virtual Boy from a trip to the states. He was from the Atari era, so the virtual thingie amazed him so he bought it. Cool and happy memories...

Now I know that the fate of the Virtual Boy was to fail from its start. I know because I have seen the list of Virtual Boy games, it is not a very long one, and in that same page you can find all the games that they canceled.
Also the system had a problem (ok, it had more than a problem, but anyway), it wasnt a "lets bring some friends to the house and play until tomorrow", and it was not a "portable" device. So it was a strange concept for a single player experience and it had to be over your desk.
Of course with a pack of six AA batteries you could make it more "portable".

So what good games are on this ñaca ñaca console.

Well, there is one I played a lot back in the day: Mario Tennis. It was good, but now that I have played the Mario Tennis 64 I know better. The gameplay is very limited in the Virtual Boy, once you played the more gameplay rich 64 version, you cant go back (yeah, Iam a big fan of mario tennis for the 64, the game is a blast to play in fours). Still, back in the day I had a blast with it, and I have to admit that it was the only sport game that I was interested in. 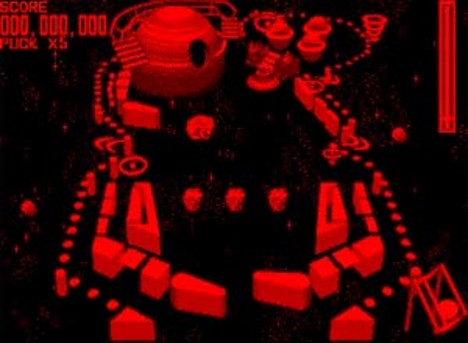 Overall the Virtual Boy didnt even had a chance from the start. I never played the Mario game, some say that the game was not good, still, I would have liked to play it.
After doing a little bit of research of all the cancelled titles it amazes me that still Nintendo was going to go with the games that the gamers deserve, and not some random music shit for the mases.
Nintendo took a chance with the VB, only it did not worked out like the Wii. Some things are only meant to be tested in the lab. Nintendo had the guts to develop something out of the ordinary. We are talking about 1995, virtual reality was supossed to be the next big thing, so maybe it wasnt all that crazy...
So the VB died. The wii is big right now with the mases, but I only see 5 titles I would like to play in that console. Nintendo is focused on bringing the cool technology to gaming, but then it should bring the games into the technology.
#Community
Login to vote this up!