10:27 PM on 09.23.2008 (server time)    0
Now, a couple of months back I posted my old setup. and seeing as now I am all moved into college I figured I would show my setup. Note however that the following doesn't show all of my posters, comics, games and such because fitting all that crap in a dorm room would be completely impossible. That and I don't want all my signed posters and stuff in a dorm room where people can steal them. Also note that these pictures were taken with my computers shitty camera because I no longer have access to my actual camera I had at comic con because I left it at home. 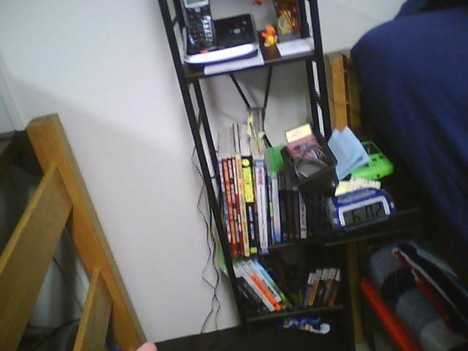 My comics and videogames and such. And yes, that is a tiny charmander figurine next to the Spiderman bust. Also, you can see my Felicia statue at the bottom of the second picture if you look close enough.

So Dtoiders, what do you think?
#Community
Login to vote this up!