10 things I learned this week: My birthday and Dtoid anniversary Edition 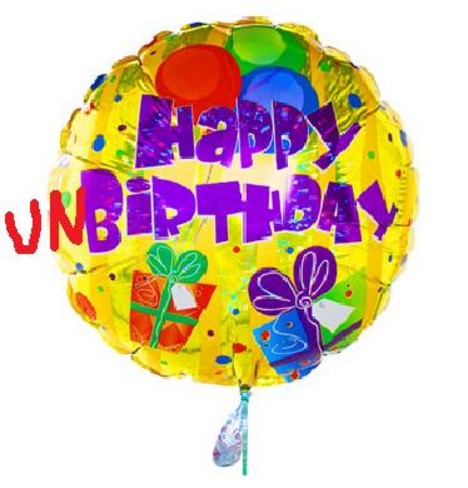 This past week was a very important week. One, it was my birthday on Monday and two, one year ago today I wrote my first blog. Although by todays standard it wasn't much of a blog. Which means I have officially been here for a year and a half, which makes me feel old.

Now you are probably expecting the typical Dtoid love fest that gets posted every month or so and you would be right. I love this place and the people here and I would like to take this time to express my love and give out big wet squishy fetus hugs to everybody.

So thanks to Niero for creating the website, thanks to Hamza for not banning me in my early days because of my crazy name, and thanks to all the other editors and people who worked on the site.

I've met alot of cool people here like Blehman, Neonie, Snaileb (Who I wish would come back), Yojimbo, Vexed Alex (Charizard is still better than Blastoise by the way), Kryptonite, Superbeefy (who is batshit insane), Unstoppable Juggernaut (who I like to think of as the drunken Chad of the Cblogs), Tazar, King, Knives, and anybody else who reads my blog on a regular basis.

And a special thanks to Liam for giving me the idea to make these 10 things posts into a weekly thing.

Here's to another year and a half and some more crazy shenanigans.

1. That Starship Troopers is a very enjoyable movie, which baffles me because it is also a terrible movie. And by terrible I mean REALLY terrible. How can something so awesome be so awful? My brain hurts…..

2. Ronburgandy has really bad luck when it comes to hurricanes

3. That, apparently, they made a Starcraft manga. Now I am probably alone in thinking this, but that it is a stupid idea. Mainly because when I think about Starcraft I think of a dark and gritty world with gritty and ugly people. And I don’t think the typical manga art style is a good fit for Starcraft, especially the artists they got for it.

4. -D- and I share a birthday. Not to mention that there are a lot of Dtoiders with birthdays in September.

Speaking of which where was my birthday post? Jerks. -D- and Chad get birthday posts but not me. I'm going to go cry in a corner now.

6. It is really easy to get acheivements in Mercenaries 2. Half an hour in I got 6 achievements. 2 hours in I had about half of them.

8. Whoever edits the Failcast likes to take their sweet ass time.

10. Yojimbo doesn't appreciate the pokemans.
#Community
Login to vote this up!