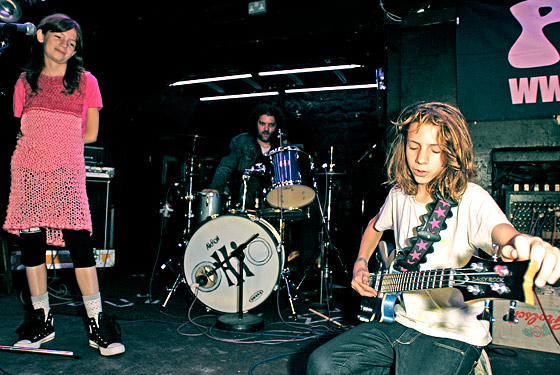 Note: This is not real, it's just what I know would be awesome

I have a theory that almost everyone just intrinsically enjoys the music from the time period they are in Junior High School to High School. Whatever those songs were that you were listening to then, odds are they will remain lifelong classics for you.

I'm almost 25 years old, so anything from about 1993-1998, I heart very much. That's why I have decided to help Harmonix out for the fourth time and offer up a brilliant 3-song DLC pack that would sell like Johnny Cakes.

On top of this being an awesome song, this is also an awesome music video. Great camera work, nice balance of colors (gay artsy statement), and a really good setting that exemplifies the 90s alternative rock music video. I can see people wanting to actually play the bass line for this song as opposed to getting shafted with having to play bass. Overall: rad song. We need more screaming in Rock Band.

Spacehog - In The Meantime

Wowzer. What a rock ballad this song is. This was the only hit Spacehog had, but you can still hear it today on alternative rock stations and I'm pretty sure it's been featured in several commercials. If you likes your guitar heavy and distorted, this song is your Huckleberry.

Sweet Fancy Moses I love this song. Every single part of this song rocks. The opening guitar riff is probably one of the most instantly recognizable ones to most brosephs my age. I'm pretty sure if I had sung this at PAX instead of "Hungry Like the Wolf" I would have exploded or jumped off the stage in a fit of rock.

Harmonix - PLEASE MAKE THIS HAPPEN!
#Community
Login to vote this up!