PAX08: Impressions of a Plant

1:44 AM on 09.07.2008 (server time)    0
It's now a week after PAX08 has closed its hallowed doors, and finally I have some free time to write about it. I know most people have already shared the highlights, some horrifying, some dangerous, but all of them wonderous. Here then, are a few of my own from those glorious and far-too-short days.

First of all, I'd like to share with you a startling revelation. Whilst wandering the floor of the exhibit hall, I stumbled upon a quaint booth full of classic games and tiny charms. I browsed through the stickers and stuffed animals- and then it hit me-a striking similarity. I had discovered the true identity of Wardrox. 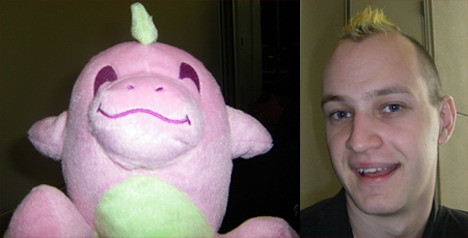 Can you tell the difference?

That's right, the adorable Pink Godzilla is none other than our beloved Wardrox. Did you wonder why they were never seen in the same place together? THIS IS WHY.

I also discovered that apparently Conrad Zimmerman, my one, my only, is evidently not as I once thought and has alas found a new soul mate. 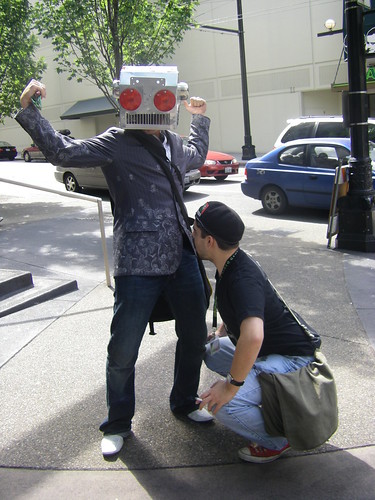 That's okay though, because while he was off gallivanting with sneaky robot-heads I was seeking out my own form of comfort. What I found was a man willing to share his love with everyone around him, for the sake of more relaxed drunken environment. 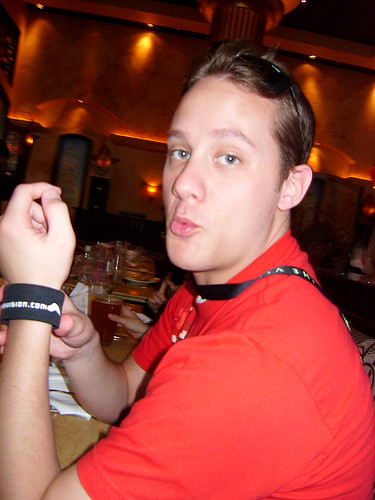 This man owes me a massage, dammit.

The honest truth is meeting you guys was amazing. I've grabbed Necros' crazy-face, nabbed a free beer from Hamza, and talked Sociology with Counting Conflict. I even got a boob-grab from FooLiz.

And to the rest of the exorbitant numbers of the Robot Army out there who I met at Pax, you are fucking incredible. Especially this guy: 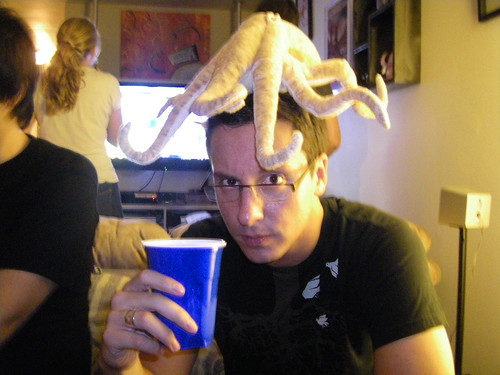 Hey look! A picture of me from PAX! See there- I'm behind the couch- it's the back of me...with the Rock Band...anyway...

I love you guys! Thank you for an epic time.
#Community    #PAX
Login to vote this up!

Hello fellas. I am a 24 year old Anthropologist who obviously loves to play video games as well as board games with great regularity. I pray to the great Robot-In-The-Sky for KOTOR 3, feel most at home when attending PAX, and secretly want to travel with The Doctor to far off galaxies. I live in Phoenix with Conrad Zimmerman, my fiance-in-a-box.

Currently I am:
Not playing video games nearly enough.
Working two jobs and cleaning up after the equivalent of two teenage sons.
Not in school anymore!
..Possibly applying for grad school..
and making tons of Munnys and Xbox360 faceplates while hanging out at tomopop.com! 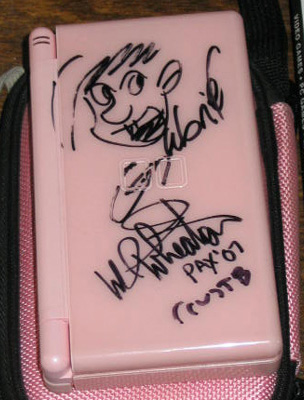