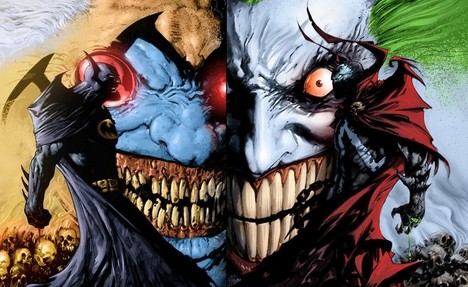 
I would like to take this time to pose a question:

Why does every goddamn Destructoid review turn into a flame war? I can't comprehend why people find it neccesary to complain so much about a review and be such tremendous dicks about it. It's okay to disagree with a review, shit, I disagree with Dtoid's reviews on a daily basis. But there is a big difference in stating your opinion and being level headed about it and this:

A broke game is a broke game gentlemen. At least that was the mantra while reviewing EC. Shit, biased is just that shitty and biased. "

You didn't enjoy the game fine. But then saying somebody is biased or a sellout for disagreeing with you is un-fucking-excusable. What especially pissed me off about this person's replies (who I won't name, but I'm pretty sure everybody knows who he is) is that he was, along with several other people, asking Destructoid review the game based on all the problems that everybody experienced. A review is somebodies impression of a game based on their time playing it and it is quite clear that none of the reviewers ran into any problems other than problems with XBL and as they said it didn't cause them to enjoy it any less. Expecting them to review a game based on all the problems everybody is having with the game is crazy

Nor can I comprehend why somebody could read Jim's review of Too human and say " this game deserves a 5, not a 2 moron!". Seriously? You get worked up over 3 points? On a school grading rubric 50 percent on a test is still a crappy test grade. You think a game is crap but you get upset when somebody says it is a bigger pile of crap then you thought it was? How does that make any sense?! People will probably come in here and say a 5/10 is a mediocre rating not a bad rating, still I pose the same question: why do you care? A mediocre game is still an unimpressive game and getting upset over a game you can care less about doesn't make any sense. Getting pissed off over Too human's score would make more sense if the person liked the game but that didn't seem to be the case with most of the people complaining over that review.

Disagreeing with a review is fine. Everybody has opinions. But being a dick about it isn't acceptable.

1. Chad is an amazing public speaker.

2. Pax killed the best of the destructoid cblogs. At least I assume that is why there was no post this week.

3. Rev Anthony has doomed the Cblogs to flame wars. I like the new monthly musings topic but there is no doubt in my mind that this isn't going to turn out well.

4. That Dtoiders didn't learn anything from the vixen fiasco. I am of course talking about Nadjariot's blog. Seriously 200 comments? 200 FUCKING COMMENTS?! Maybe if it was an absolutely amazing blog it would warrant that many comments but it wasn't. It was just a normal intro blog.

6. I am probably the only person that hasn't experienced much of a problem with Castle Crashers over XBL. Except when I'm playing with Mr. Wilson. Wilson, you need to get a better online connection. NAOW!

7. Sterling is a videogame fraud.

8. Yojimbo is filled with hate.

10. All these Pax posts are making me really bitter. I didn't go to Pax, stop rubbing it in damn it!

Oh yeah, and I might not be able to do this next week since I am moving into my college dorm and I will probably be quite busy. And my birthday is coming up on the 15th (wink,wink).
#Community
Login to vote this up!