3:00 PM on 09.04.2008 (server time)    0
There are many wonderful tales of PAX that have already been posted across these blogs. I feel the need to throw in mine as well, because the whole thing was such a personal experience. While was probably an equally powerful experience for everyone involved, I'm sure each account is wonderfully unique, just as I feel my time at PAX was. 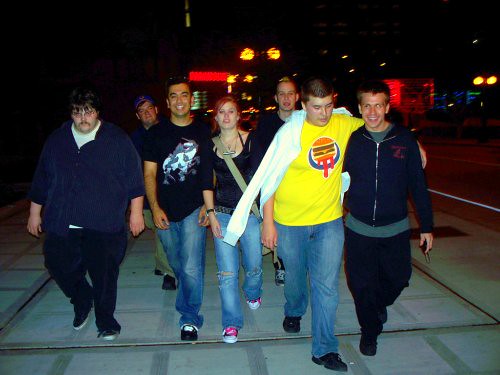 When I first got in, I was super nervous. I haven't really been an active part of the community for very long (though I have been with the site since April 2007). I was worried about people not really knowing (or caring) who I was.

But when I got to the hotel room, there was Liz in all her sweetness offering me Australian candy. She and RiserGlen went to have dinner and Suff0cat and I hung out in the room for a bit. I didn't really have anyone's numbers and I was tired from the plane ride. 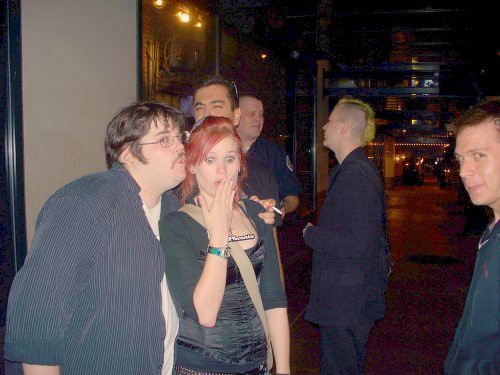 I'm not sure who made what call, but somehow we ended up meeting in front of th Roosevelt with the rest of the gang (pictured above). We got some drinks at Gameworks (it only took two for me to catch up), Azn Joe and I played some drunk DDR where I pretty much fell off of the machine. After some games and more drinks, we headed out into the night.

I was amazed at how I was pretty much instantly accepted. I'm a shy person so it took me a bit of the night to warm up to everyone. Hollie immediately threw her arm around me and proclaimed me her forum baby, and from that point on the nervousness melted away. Stumbling down the street together, laughing at the hill of sleeping goats with my friends, was only the start of it for me.

Thursday it only got better. I'm sure if I had been alone on this trip, I would have spent a lot of time just sitting in the hotel room or wandering around the city by myself. But today, my day started with a meet up in the food court of the Westlake Center. 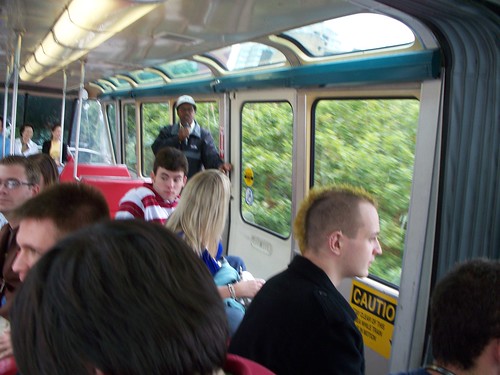 After that it was off to the museum! Our group went a little earlier than the staff did, but we still had fun. Halls filled with robots and science fiction memoribillia? It was pretty sweet. There was some dancing going on when we hit the music area. Also, the museum seemed to be seriously obsessed with The Presidents of the United States of America.

I think the real fun started when we hit the jam rooms. There, we made a totally bitchin band that would rock your socks off hard. I mean, who knew Tazar was a guitar genius? And with Wardrox and GHost on the keyboard, those tunes were so fresh. Suff0cat laid out the beats barehanded on the bongo. We'll be famous someday guys, I promise.

Later there where a couple of us in a room (I think it was me, Suff0cat, GHost and McSnow) and we actually made something that resembled music. It was pretty awesome.

After we invaded the museum and took tons of prohibited photos, we made sure to leave our mark. Generations to come will flip through that book of robots and wonder about this mystical hieroglyph, and it's puzzling words of wisdom. 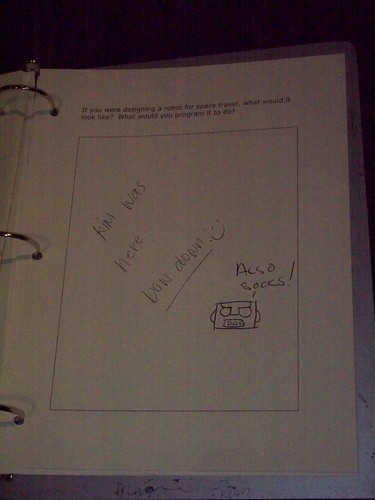 We left the museum and had our first taste of the Elephant & Castle. They were actually quiet polite to us at that point, but they had no idea of what was to come. The storm of drunkenness and debauchery was was merely a small dark cloud upon the horizon. 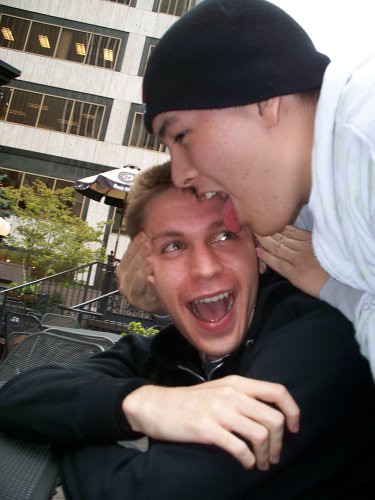 This was merely a taste of what was to come (you see wut I did thur?). I had dinner at the Fair Start place which was delicious. Azn Joe flashed a pictochat penis at us through the window, to which one of the staff members looked utterly scandalized. It wasn't long however, before the cloud of epic inebriation swept the D-toiders back to the Elephant & Castle pub, where the maelstrom of awesome was about to wreak havoc.

We had a couple drinks and then headed out to The Redwood, where all of the staff was hanging out. We walked for quite a while, and half of us being totally smashed it was quite an experience. We lost some people along the way as well, who gave up hope of ever finding this fabled bar.

But for those who made it, it was worth the walk. 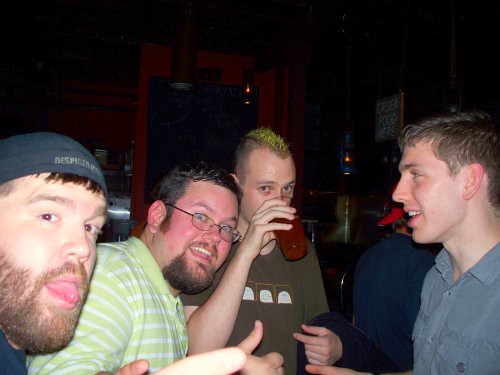 This is the point where I stopped buying my own drinks, and stop remembering what happened. I do remember the guy at the door looking at my ID for a good three or four minutes, apparently not trusting that my shiny NJ license was legit. I think I stole Counting Conflict's hat several times, made out with mid3vol for a little, and repeatedly grabbed Liz's boobs. I also sat down at one point and simply started drinking the beer that was sitting in front of me, knowing full well that it wasn't mine. It was a good night. 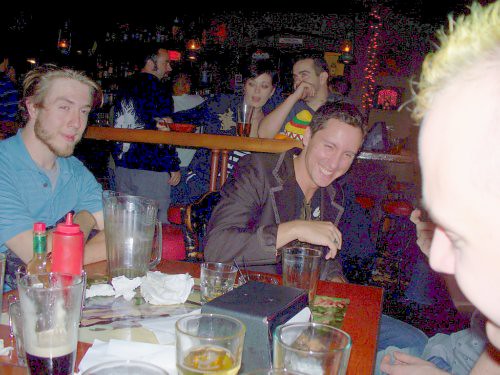 The night was a happy blur. power-glove had to walk me home because I was a dizzy, stumbling drunk. And by walk me home, I mean call us a cab because we had no fucking clue where we were.

All in all, this was a great precursor to the upcoming nights of stumbling hugs, laughing faces, and general camaraderie that would only intensify as days wore on.

That's part one of my PAX story. If you liked it, stay tuned for part two!
#Community    #PAX
Login to vote this up!