Why some people shouldn't get involved with PR 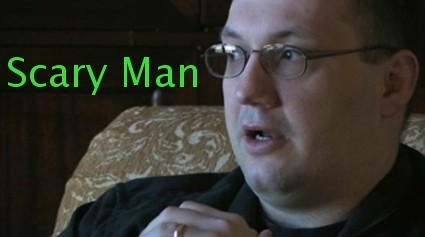 Denis Dyack worries me a little. Julian Eggebrecht does too, along with Luc Bernard. It's not their physique that threatens me. It's the "they're playing in a different reality and could snap at any time" thing that scares me.

Normally I think it's pretty cool when somebody involved in making a game steps to answer to some criticism. When a developer talks about what went wrong with a game, what they've learned, and what they plan to fix or do better next time, it can go a long way in raising a gamer's faith with them. Being able to take the flak without taking it too personally shows a good level of professionalism.

On the other hand, there seems to be an outbreak of the "denial virus" going around game developers. Instead of hearing how a game's flaws can be fixed, or how something good in a game can be made better, we're being told that we "don't get it", we're "doing it wrong", and reviewers don't know how to do their job. That, or it wasn't their fault, somebody else dropped the ball, ect. It's the kind of stuff that makes me want to avoid whatever game is in question, and it's developer.

I know there are times when you can't help but take criticism for a project you've worked on personally, and that's what PUBLIC RELATIONS people are there for. PR's job is to take all the flak that you can't handle, turn around, and put a rosy picture on it. Their job is to smile in the face of a pack of wolves ready to tear them apart. Denis Dyack's job isn't PR, and the more he tries to play PR, the more ignorant he looks as a game maker.

I'm not sure what's gotten into the water supplies lately around the game development community (hopefully not 2-4-5 Trioxin), but I am hoping that it's not contagious.
#Community    #Offbeat
Login to vote this up!