Ten reasons why Dinosaurs are better than Sharks & Dolphins


10.DINOSAURS HAVE SUPER EVOLVER POWERS
Dinosaurs never really disappeared, they evolved in to modern day birds. FUCKING BIRDS! You know what that means? Dinosaurs are mother fucking shape shifters!! There's no other explanation for that kind of adaptability. Show me a shark or a dolphin that can fucking fly.


9.CANCER IS AFRAID OF DINOSAURS: 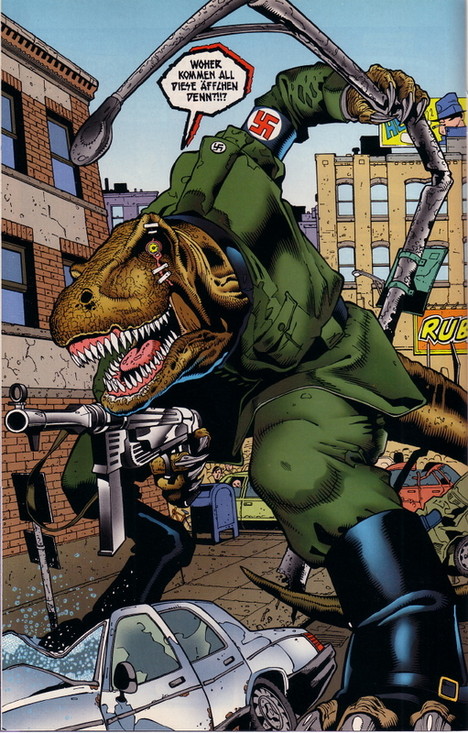 His name is Tyrannosaurus Reich. There is no shark or dolphin that hates as much as he does.

/ARGUMENT
#Community    #Offbeat
Login to vote this up!