10 reasons why Hamza and Chad are wrong.

4:43 PM on 08.26.2008 (server time)    0
Oh Hamza and Chad, I love you guys. Your argument is an interesting one but fundamentally flawed. You are probably wondering why right about now so let me explain. Both of them would be completely torn apart by this guy: 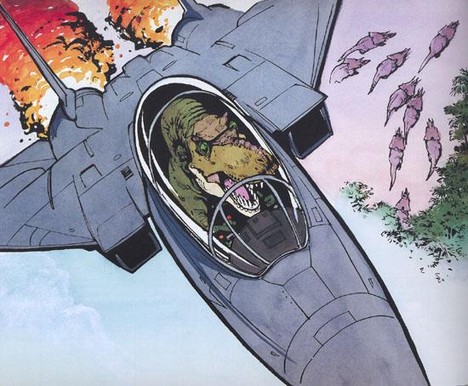 I don't believe I need to explain myself here.

5. They were so badass Jesus had to kill them. He had to. If they were to live much longer the levels of badass they gave off would cause the world to implode.

6. T. Rex's evolved to the point that there arms were puny. Some would count that off of their badassness, but look at it this way: They were such effective killers that they didn't need forearms. Sharks need all their fins and mouth to kill and dolphins need all theirs to save people. T.rex only needeed his hind legs and mouth.

9. He has a tendency to kill pesky space marines.

10. He was the king of the dinosaurs. Were dolphins or sharks ever King's of anything?

I don't think so!

*As taken from my previous T. Rex blog
#Community
Login to vote this up!