What did I get this week? A lot. 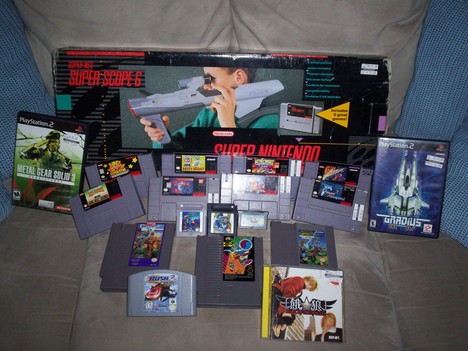 I averaged about 8-9 bucks per game, including the Super Scope. My jaw dropped when I saw Mega Man V for $10 and Space Megaforce for $5, and Subsistence at $15 was a must buy. It should be noted that roughly half of these came from someone else's collection on a forum I frequent, as he was getting rid of practically everything for older systems for a pittance. The other half were found at the same place I got a Dreamcast arcade stick for $20 in the box and Super Street Fighter II X for Matching Service for $10.
#Community
Login to vote this up!