10 things I learned this week: Aborto's gay for charmander Edition 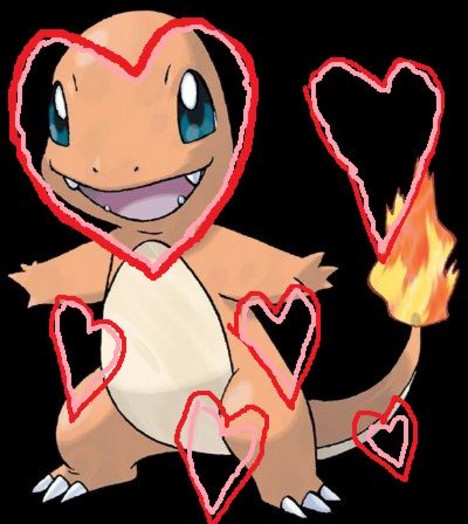 Ah IRC, how I love you. Some of the most ridiculous shit happens in Destructoid's IRC channel and something happened in there this week that I found especially awesome. Simply put an argument over Pokemon.

Now the way I look at it there are two main reasons why I love Charmander,Charmeleon, and Charizard other than that he was my first pokemon. The first one is when I was a kid, I always thought of Charizard as an invincible badass. This is mainly due to the fact that when I first set out in Pokemon there was a rumor going around my school about a really rare Pokemon in Viridian forest called the Pikablue. I now know that it was a load of bullshit but I didn't know it back then. Now it was around this time that I was diagnosed with Obsessive Compulsive Disorder and unlike now I wasn't on enough drugs to kill a small dog, so it was really bad. Normally, a kid would get bored of looking around that same area after like 20 minutes but no, I spent hours in that damn forest over 3 days. I went in with a level 10 Charmander and left with somewhere between a level 30-40 Charizard. As a result I powered through more than half the gym leaders. Christ, by the time I got to Misty her water pokemon didn't do anything to him. On top of that, he still obeyed everything I said even though they aren't supposed to after they reach a certain level and you don't have a certain badge.

And the other reason I have an undying love for them is this: Like I said before, I have OCD and back when Pokemon came out I had it really bad. Over the years I realize how positive an influence Pokemon had on me because it gave me something to obsess over that was healthier than the shit I had been doing. And I am thankful that Pokemon made that time of my life more enjoyable. Now typically when people think of pokemon they think of Pikachu, but whenever I think about Pokemon I think about Charmander and I remember all of the good times I had leveling him up.

Now enough with the touchy feely bullshit, lets get down to what you are here for.

1. I am utterly incapable of telling when Heretic is being sarcastic.

2. The Bez doesn't like the TMNT arcade game. Don't worry though because Bfeld, Knives, and me set him straight. And if anybody agrees with him then I suggest you watch your back.

You don't mess with the number 1 fighting team motherfuckers!

3. Mud Sport is a completely useless move in Pokemon. It's a rock move that weakens electric attacks, but electric attacks are already ineffective against rock Pokemon. How does that make any sense?

4. Lemon has dibs on the red castle crasher.

6. Fanboys is a very silly webcomic

7. That Wardrox seems to have a distaste for Star wars episode one.

10. Killer Croc looks like a badass in Batman: Arkham Asylum
#Community
Login to vote this up!